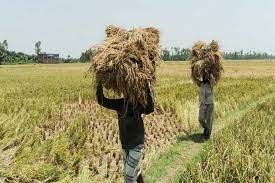 Lower Boro procurement despite its surplus production has forced the government to import rice from abroad to keep the local rice market stable.

Around a month has passed since programmes to procure Boro paddy and rice began, but the government has been able to buy a very insignificant quantity against its target this year.

The lower procurement raised concerns among the Ministry of Food to provide food to the poor and stable local rice market amid the Covid-19 crisis.

The paddy and rice procurement drive began on April 28 and May 7 respectively while it will end on August 31.

Due to lower procurement, Food Minister Sadhan Chandra Majumder has directed the Directorate General of Food to prepare a list of rice millers in different parts of the country for failing to supply rice according to the contract with the government.

He also said rice will be imported from abroad along with domestic procurement to stable the local market.

“Non-basmati boiled rice will be imported soon under private management by imposing 25 percent duty. Marginal farmers have sold paddy earlier. Mill owners said many non-farmers are stockpiling paddy in the hope of making extra profit. If anyone has illegal stocks, they must be brought under the law,” he said.

In the face of sluggish procurement of rice, the minister also directed its field officers to strengthen the purchase efforts to maintain a sound food stock at public warehouses.

Farm economist Professor ASM Golam Hafeez said the government should procure domestic foodgrains directly from farmers instead of rice millers and such step will help farmers get fair prices instead of giving the rice mill owners any scope to make quick bucks.