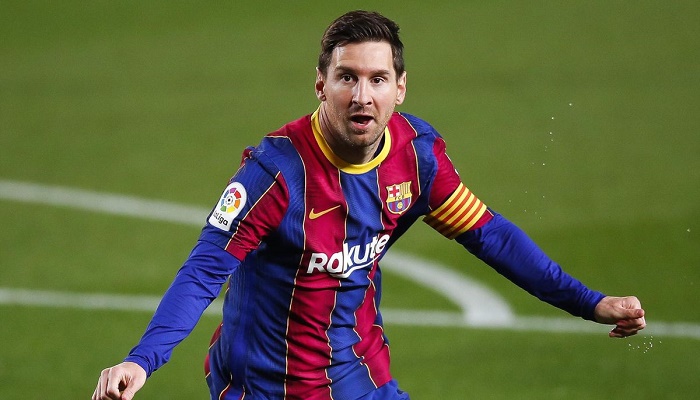 Argentina manager Lionel Scaloni hailed Lionel Messi as “the best player of all time” after scoring one goal and scoring two more in the Copa America quarter-final 3-0 win against Ecuador.

Messi was the architect of the passage of the Albiceleste to the Copa semifinals, where they will face Colombia on Tuesday in Brasilia.

The six-time winner of the Ballon d’Or prepared Rodrigo De Paul for the Argentine lead in the 40th minute, before watching Lautaro Martinez’s 85th minute.

Messi scored a goal in injury time with a free-kick that led to 76 goals for the national team in his 149th appearance for La Albiceleste.

“Leo’s game, I honestly don’t know if he’ll get tired of being praised every day,” Scaloni said at a post-game press conference. “The best thing that can happen to us football lovers is that the stars play up to any age and we have fun.

“Messi also enjoys his opponents when they play against him. We are talking about the best player of all time.

“It is difficult for a player to be at his level. Neymar may at some point be a similar player but for what he has done, is doing and will continue to do, we must remember him for what he is. “

The win extended Argentina’s unbeaten run under Scaloni to 18 games and gives them a chance to end their 28-year wait for a Copa America title.

The Albiceleste had recorded three wins and a draw in the group stage, including two unconvincing 1-0, and Scaloni was content with a more emphatic result.

“Anyone who believes that every 3-0 match can be easily won is especially wrong in this Copa America, which has very different conditions,” he said.

“I don’t know if it’s the best time for the team. It is an issue that we like, it is decisive and we will try to move forward with the utmost humility and work ”.

Scaloni was wary of semi-final opponents Colombia, who won 4-2 on penalties against Uruguay after a goalless draw and secured a place in the quarter-finals.

“I want to emphasize that in this Copa America any of these teams could push any team in the world,” he said.

“The level is quite high, it’s not like before where it was assumed that you would win the games.

“We have already faced Colombia in [World Cup] qualifications. Now they will recover [Juan] Cuadrado, it will be difficult and like all games.

“We hope to play it with the same intensity and enthusiasm, we have a huge desire to play the final”.