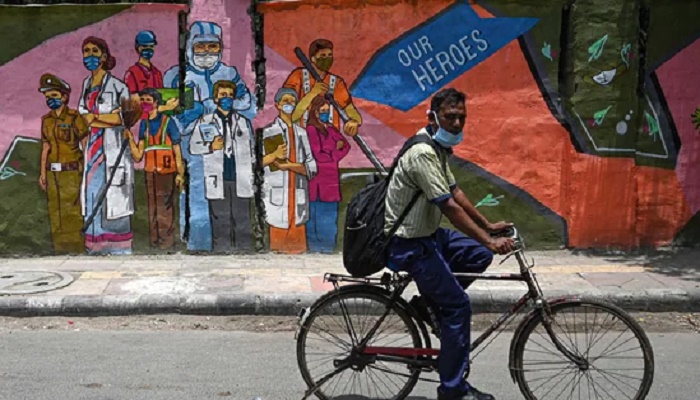 The cases of coronavirus disease (Covid-19) in India continued to fall on Sunday as the daily number of infections dipped further. Over the last 24 hours, 43,071 people found to be positive of the viral disease, according to the daily update by the Union health ministry. The country's tally now stands at 30,545,433. The death toll increased to 402,005 after 955 people succumbed to the disease, it also mentioned on its site.

On the vaccination front, the cumulative number has surpassed the 35 crore mark.

The country crossed the grim milestone of 2 crore cases on May 4 and 3 crore on June 23.

While the overall tally is falling, several states including Maharashtra, Kerala are still seeing a jump in daily cases amid fears of the possible third wave. On Saturday, a scientist of a government panel said the possible third wave of Covid-19 infection may hit its peak between October-November if Covid-appropriate behaviour is not followed. Manindra Agarwal is working with the Sutra Model, the mathematical projection of the Covid-19 trajectory.

The department of science and technology of the government formed the panel last year to forecast the surge of Covid-19 cases using mathematical models.