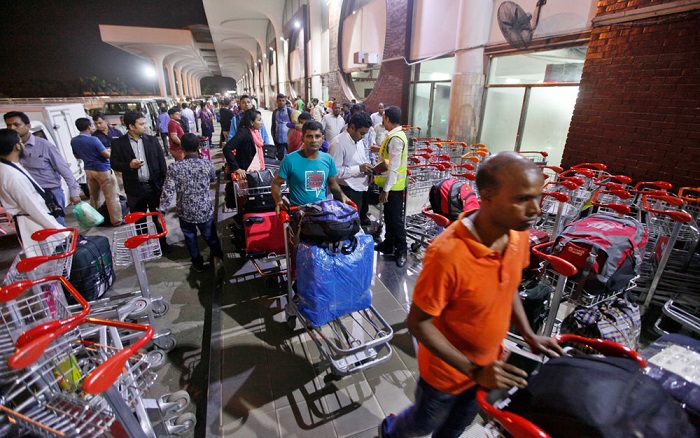 The Malaysian government has increased the duration of its Labour Recalibration Programme after thousands of migrant workers failed to take advantage of the opportunity due to the global coronavirus pandemic.

According to the official portal of the Malaysian Immigration Department, the deadline for Labour Recalibration Programme, which began in November last year to legalise undocumented workers, was scheduled to end on June 30.

However, the Malaysian government has extended the duration of the programme to December 31 this year, sources at the Bangladesh High Commission in Malaysia confirmed.

Consequently, more than two lakh undocumented Bangladeshi workers, who missed the previous deadline, are expected to legalise their immigration status under the programme.

In April this year, a new category of employers was allowed to participate in the initiative to save critical sectors, including service industry, cargo, wholesale and retail, and cleaning services, from losses due to a lack of workers.

According to Labour Recalibration Programme, an employer has to apply to the Labour Department for hiring such foreign workers without involving any third party in the process.

Under the programme, some 5,151 employers in Malaysia have so far sent the names and details of 110,817 illegal workers to the government, reports a Malaysian online news portal.

Till date employers in Malaysia have documented the names of around 1.5 lakh illegal workers of various countries and around 14 percent of them are Bangladeshis.

Apart from the Labour Recalibration Programme, the Malaysian government had announced the Repatriation Recalibration Plan under the same deadline to allow undocumented immigrants for returning to their homeland voluntarily.

Some 97,892 undocumented workers from 15 countries, including Bangladesh, had signed up for the repatriation programme till mid-June, according to media reports and among them, 80,284 have returned home so far.

It is mentionable that around 8 lakh Bangladeshis live in Malaysia. The labour market of the country has been closed for Bangladeshi workers since 2018.