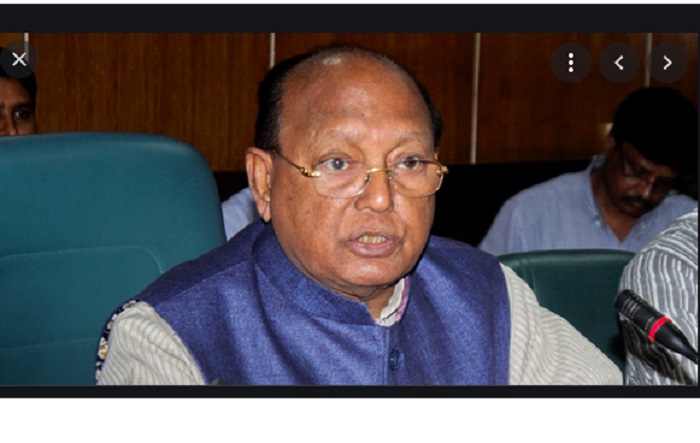 Awami League lawmaker Tofail Ahmed on Monday came down heavily on the bureaucrats for not discharging their due roles they are assigned to play in districts amid the coronavirus pandemic.

“Please pardon me, I do not know whether it is right to speak it or not. People think the relief items, we are distributing among the distressed are actually given by the officers of the administration. But actually they did not. The officers have been given the responsibilities to handle Covid-19 in districts. But no bureaucrat is yet to visit their designated areas, even in my district. This is a political government. The roles of the politicians become dim due to the bureaucrats,” he said while speaking on the proposed budget in Parliament with Speaker Shirin Sharmin Chaudhury in the chair.

Mentioning that Prime Minister Sheikh Hasina had been handling everything efficiently during the coronavirus crisis, Tofail said there is not any MP who refrained from standing by the poor and distress people during the crisis period.

The AL veteran leader came up with the remark as the government assigned some 64 secretaries to coordinate with Covid-19 related-health services in all districts across the country in April last year. But the officers failed to discharge those responsibilities miserably.

Referring to the warrant of precedence, Tofail said it has to be kept in the mind that lawmakers are superior to secretaries.

“There will be the officers of the administration but MPs are superior to the secretaries. This is a political government. Elected representatives should be aware of their positions. A secretary will go to district, we will accept him. But those responsible persons have not gone to districts even for a day,” he said.

Recalling his ministerial responsibilities after Awami League assumed office in 1996, Tofail said he played his role as he had been given responsibility of a district as a minister.

Pointing finger at Bangladesh Nationalist Party MPs, Tofail said after the assassination of Father of the Nation Bangabandhu Sheikh Mujibur Rahman, Ziaur Rahman once mentioned that he would make politics difficult for politicians.

“Ziaur Rahman did it successfully. It is unfortunate for us,” he said.

Echoing with Tofail, Firoz said, “Now, there is no politics in the country. The secretaries have been given the responsibilities of each district.”

“The Prime Minister speaks to deputy commissioners. And the MPs sit beside them. Then MPs make request to DCs to talk to the prime minister. This is the situation,” he said.