Strict restrictions on movement from July 1 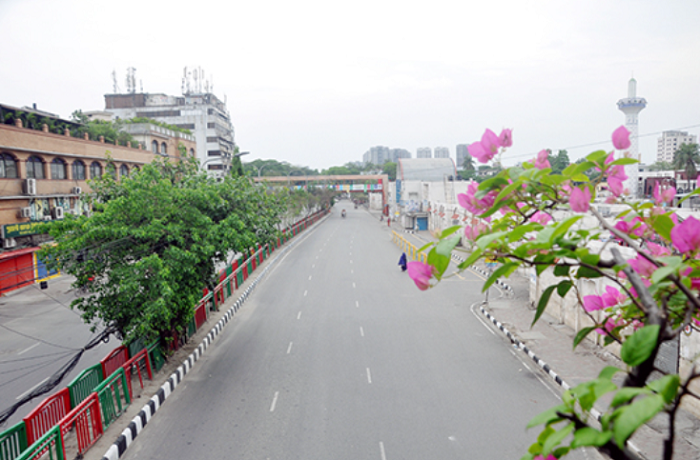 The government has taken decision to enforce a seven-day countrywide strict restrictions since July 1, engaging the Armed Forces, BGB and Battalion Police aiming to check the coronavirus transmission.

“There’ll be no movement pass . . . None can go outside rather they will have to stay indoors,” Cabinet Secretary Khandker Anwarul Islam briefed newsmen today emerging from the weekly Cabinet meeting at the Secretariat.

The Cabinet Secretary said a notification will be issued on Tuesday to inform the government’s orders regarding the restrictions.

“We’re going in a very strict view to execute the movement restrictions from 6am on July 1 to 12am on July 7,” he said, replying to a question from reporters.

Only those who are in emergency services are allowed in outside during the restriction, he added.

Mentioning that all forces including the Armed Forces, BGB and Battalion Police will be engaged here, Anwarul Islam said, “They (forces) will patrol and take legal action if anyone violates (the restriction).”

The forces have given the authority to take all necessary measures to executive the restriction and asked to remain alert so that people cannot break it, he said.

In the cabinet meeting, the Ministry of Disaster Management and Relief was given a clear directive to sort out a programme to ensure proper assistances for the poor particularly in the urban areas during the upcoming restriction as it did in the last year, he said.

He said the government cannot go for a strict restriction till 30 June on some realistic grounds. So, it will start on July 1, he added.

Anwarul Islam said the Covid infection rate has declined significantly in Chapainawabganj due to strict execution of the restrictions there.