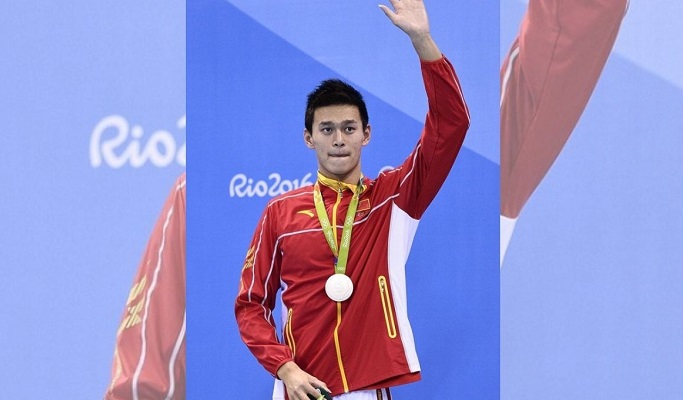 Tokyo Olympics is near and every Sportsperson is waiting for it to start, but not all, especially after failing the dope test. The star swimmer of China, the Swim star of China Sun Yang, will miss the Tokyo 2020 as he failed in the doping test and is banned by Court of Arbitration for Sport for four years.

Sun – the reigning 200m freestyle gold medallist – was originally banned for eight years by CAS following a 2019 hearing before that ruling was overturned.

The new verdict, which is backdated to last February, could see Sun return for the Paris 2024 Games, by which time he will be 32.

https://www.youtube.com/embed/TPjVGmdUnis?rel=0&mute=1&playsinline=1&frameborder=0&autoplay=0&origin=https%3A%2F%2Fwww.scmp.com&embed_config=%7B%22relatedChannels%22%3A%5B%22UC4SUWizzKc1tptprBkWjX2Q%22%5D%2C%22adsConfig%22%3A%7B%22adTagParameters%22%3A%7B%22iu%22%3A%22%2F8134%2Fscmp%2Fweb%2Fsports_china%2Farticle%2Finstream1%22%7D%2C%22nonPersonalizedAd%22%3Atrue%7D%7D&enablejsapi=1&widgetid=1 Sun’s original ban, given after a hearing that proved controversial, was overturned after the Swiss Federal Tribunal found questionable social media posts from the panel judge.

The new hearing took place last month with a verdict promised by the end of June ahead of the Games, which begin on July 23.

Today’s verdict ensures that Sun and his Australian rival Mack Horton will not meet in the pool in Tokyo. Horton failed to qualify earlier this month.