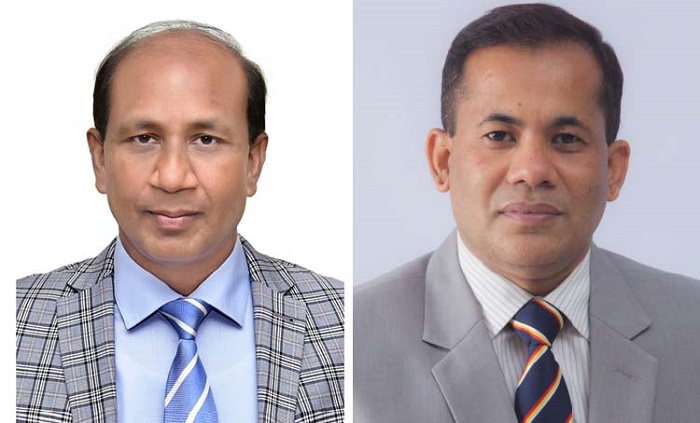 Both of them were elected unopposed today at the 41st annual general meeting (AGM) of the association at Rajarbagh Police Lines Auditorium. The 121-member committee of the BPSA was also formed in the AGM.

Inspector General of Police (IGP) and Chief Advisor of the association Dr Benazir Ahmed was present at the AGM as the chief guest, while DMP Commissioner and President of the Association Md Shafiqul Islam presided over the function.

The IGP said as an important organization of members of the Police Cadre Service, Bangladesh Police Service Association is playing a significant role in solving professional problems.

“We are celebrating the golden jubilee of independence in the ongoing Mujib Borsho. Bangladesh has achieved a lot in the last 50 years. Hon'ble Prime Minister has set the target for the implementation of Vision-2041. In this situation, the role of the association must be strong and the course of action has to be determined according to the expectations of the state, society and the people,” he added.

Dr Benazir urged all to perform duties with responsibility and professionalism.

Additional IGs, heads of various police units and members of the association were present on the occasion and all unit heads outside Dhaka were connected virtually.

Treasurer of the association and DMP Joint Commissioner Md Anisur Rahman presented income and expenditure of the year 2020.

The meeting also observed a minute silence in mourning the police personnel who died during the COVID-19 pandemic.