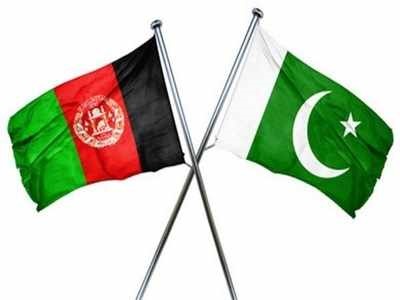 Afghanistan diaspora in the Netherlands has blamed Pakistan's 'Strategic Depth Policy' for the unbearable suffering of Afghans along both sides of the Durand Line.

"The Pakistani military chiefs have officially admitted supporting groups such as Taliban. They call this interference strategic depth. This policy still continues and has been causing unbearable suffering among Afghans on both sides of the Durand line," the statement of the Afghan diaspora said, reported Pajhwok Afghan News.

Pakistan has historically followed a "Strategic Depth Policy" towards Afghanistan, whereby it attempts to control the country as a political pawn and strategic hedge vis-a-vis India, a role the Taliban served in the 1990s.

Over the last few decades, the Afghan people have been the victim of continuous proxy wars of regional countries and world powers. Pakistan has especially played a sinister role in keeping the war ablaze, read the statement by the Afghan diaspora.

An unholy coalition of the Pakistani state, narco-mafia and al Qaeda and other terrorist groups have caused unimaginable death and destruction in Afghanistan, Pajhwok Afghan News reported.

As a continuous tactic of interference and creating misery in Afghanistan, Pakistan has been producing different proxy groups in Afghanistan.

"We believe that Pakistan's support for terrorism in Afghanistan led to al Qaeda's terrorist attacks of 9/11 which led to the entering of international forces into Afghanistan. While a bloody war has been waged in Afghanistan, costing tens of thousands of Afghan lives, most of the leaders of the (proxy) terrorist groups fled to Pakistan," said the statement.

The clearest example was Osama bin Laden who had found shelter under the shadow of a Pakistani military base. Afghans welcome the departure of North Atlantic Treaty Organisation (NATO) and other international forces from Afghanistan. Now that the international forces are leaving Afghanistan, there is absolutely no justification for the continuation of war, reported Pajhwok Afghan News.

The overwhelming majority of Afghans have come to the conclusion that the current war has not been fought for any higher value and it is a Pakistani proxy war for power.

"We, therefore, hold Pakistan and the countries that support or condone Pakistan in inflaming the war in Afghanistan, accountable. The continuation of this war is against all Afghan, Islamic and human values," the statement said.

Indeed, a delegation of Islamic scholars in Mecca called the war in Afghanistan immoral and against Islamic values.

Further the Afghan diaspora strongly opposed to the proxy war in Afghanistan and said, "We call on Pakistan to stop its destructive policy of interference in Afghanistan and supporting proxy groups that kill and destroy for the pity interests of Pakistani military."

They also appealed to international society not to leave them to the mercy of terrorists, nacro-mafia and said that the Pakistani Afghans have been and will be fighting in the frontline of the fight against terror. "The international community has the moral obligation of supporting the Afghan people and the Afghan democratic institutions.

They also called on the international media outlets to revisit their mostly superficial and misplaced reporting of the Afghan by overblowing pessimistic doom scenario reports.

"You are helping create a false sense of insecurity among Afghans and thereby encourage Pakistan and its proxies to continue the war," the statement said.