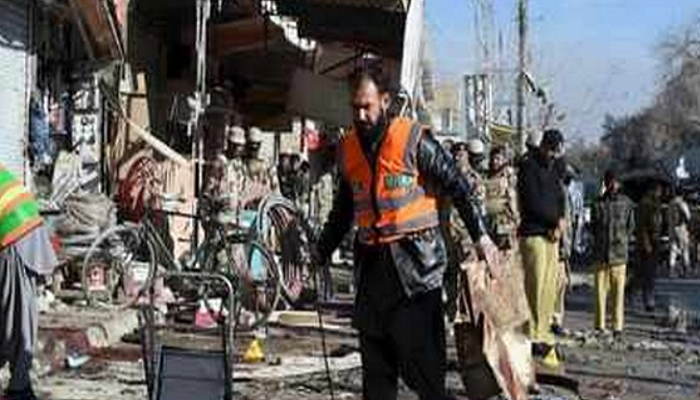 Lahore : A major explosion has occurred near the Lahore residence of Hafiz Saeed, co-founder of Lashkar-e-Taiba (LeT) and the chief of Jamaat-ud-Dawah (JuD), killing 3 people and injuring 21 others.

Punjab Inspector General of Police Inam Ghani said that officials were currently assessing the damage. Pakistan’s Counter-Terrorism Department (CTD) has taken over the investigation, he added.

“The Counter-Terrorism Department (CTD) has taken over [the investigation]. The CTD will determine whether the blast was a suicide blast, if a device was used,” he said.

Pakistan Interior Minister Sheikh Rashid took notice and directed the Punjab chief secretary and IG to submit a report. The minister prayed for the speedy recovery of the injured.

“The nature of the blast is being determined,” he said, adding that the federal government will assist the provincial government to investigate the incident.

Leader of the Opposition in the National Assembly Shehbaz Sharif said that the blast in Lahore was “ominous”.

“Blast in the heart of Lahore is ominous. Deeply concerned that the law and order situation is not being given the kind of attention it deserves. Important to probe it for possible leads and establishing context. My condolences to bereaved families and prayers for the injured,” he tweeted.