Indian firm races to get WHO approval for indigenous Covaxin 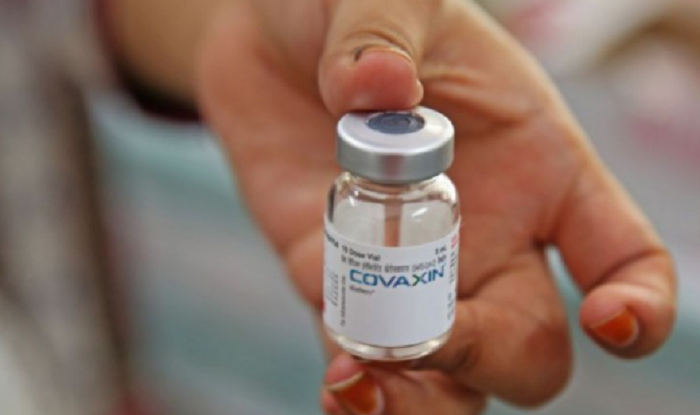 India's indigenous coronavirus vaccine Covaxin has had a bumpy ride since it was approved in January for emergency use in the country before the completion of clinical trials.

In April, Brazilian health regulator Anvisa decided against the import of Covaxin - made by Bharat Biotech - after denying its plant a certificate for good manufacturing practices.

This month, it reportedly gave conditional approval for four million doses to be imported. The agency will analyse data from the use of the vaccine before deciding on the quantity of further imports.
Meanwhile, the US Food and Drug Administration (FDA) has rejected Bharat Biotech's application for emergency use authorisation of Covaxin in the country and sought more data on the clinical trials.

Third-phase clinical trial results have still not been published, with the company saying they will be out in July.

Yesterday, India started free vaccination of all adults and hit a record 5 million doses in a day. The aim is to vaccinate all adults by the end of the year.
Given that Covaxin is not yet on the World Health Organisation (WHO) Emergency Use Listing, Indian students who have received the vaccine and are travelling to the United States, Canada and other countries face the prospect of having to get Covishield jabs, the only WHO-approved vaccine available in India right now.

Covishield is the name in India for AstraZeneca's vaccine.

"As a student, it's very stressful when there is no clarity on the next steps. Doctors are suggesting strongly not to take... Covishield (so soon after Covaxin), said Mr Sandeep Pal, who is getting ready to travel to Canada in August.

Students in Canada have to be vaccinated before starting classes on campus, said Mr Pal, adding: "Worse is when no one has any idea."
Those who have to go abroad for work have also expressed concern.

Comedian and actor Vir Das tweeted: "Took the first available vaccine which was #covaxin... and now it appears both FDA approval and WHO approval will take a lot longer than anticipated. Their data is still due. Many like me who travel for work. We would like an explanation please."

Bharat Biotech is working to get its vaccine on the WHO Emergency Use Listing. The firm submitted its letter of interest on April 19 to the WHO, which noted "more information required" at the time.

A meeting between the WHO committee and Bharat Biotech has been planned for tomorrow, after the firm reportedly submitted the additional information.

The Ministry of External Affairs is also involved and is looking for solutions for students through diplomatic channels.

India has taken great pride in its domestically developed vaccine, with the government highlighting it as a sign of the country's pharma capabilities and self-reliance push. Prime Minister Narendra Modi, Cabinet members and leaders of the ruling party have all been vaccinated with Covaxin.

Covaxin, which uses an inactivated coronavirus virus, is currently one of three shots in the domestic vaccination programme. The other two are Covishield and Sputnik, produced by Russia's Gamaleya Institute. The latter is not on the WHO list.

Senior Indian virologist Shaheed Jamil said: "I am indeed surprised that the phase three results for Covaxin have not yet been published. It is not only hurting the credibility of Bharat Biotech - a very good vaccine company - but also standing in the way of WHO qualification of Covaxin."

He added: "The latter is important for (the vaccine's) acceptance globally and for free travel of people vaccinated with Covaxin. One hopes this would be done without further delay."

The company has said in media statements that the vaccine is 78 per cent effective against the coronavirus in clinical trials and that complete data for phase one and two and partial data for phase three trials have been thoroughly scrutinised by India's regulators.

"In a timely approach to peer review, the company has already published as many as nine research studies on the safety and efficacy of Covaxin in five globally reputed peer-reviewed journals in a span of just 12 months," said a statement from the company.

It has also called for trust in the process.

Dr Raches Ella, project lead of Covid-19 vaccines at Bharat Biotech, said in a Twitter post that the phase three trial, with a sample size of 25,800, is the "largest efficacy trial conducted in the developing world".

The last volunteer was vaccinated in mid-March, she said.

Correction note: The headline was edited to fix a typo. We are sorry for the error.