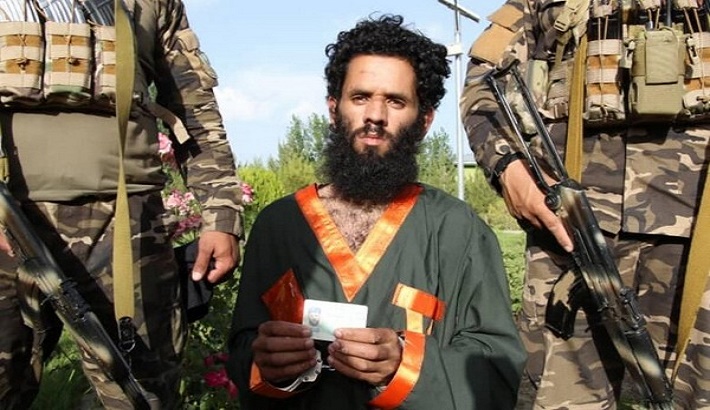 The Afghan intelligence agency on Tuesday arrested a Pakistan army officer, who was sent to Paktia province in Afghanistan by Pakistan forces to fight alongside Taliban and conduct “destructive activities” in the country, local media reported citing an official.

The officer has been identified Azim Akhtar. According to Aswaka News, his father and uncle also served in Pakistan Army.

The Pakistani army officer was arrested by the National Directorate of Security (NDS) in Dand Patan district.

Talking to reporters after his arrest, Akhtar admitted to fighting alongside the Taliban. This comes as Taliban terrorists have launched an offensive in Afghanistan as foreign forces are withdrawing.

He said he received a year and a half of military training.

“I was sent to Kashmir to fight, then to Peshawar and from there to Parachinar, where I was sent to an army base where the Taliban were also involved,” he told reporters.

A few days later, Pakistani officials told him that there were other officers on the other side of the line who would fight alongside them and the Taliban.

Islamabad has been accused of aiding the Taliban and using them as proxies for its own benefit.

Kabul has long accused Pakistan of providing sanctuary to the Afghan Taliban.

The UN Analytical Support and Sanctions Monitoring Team to the 1988 Sanctions Committee, which oversees sanctions on the Taliban, in its 2019 report had acknowledged that nearly 5,000 terrorists belonging to Lashkar-e-Tayyiba, which is based in Pakistan, were active in Kunar and Nangarhar provinces of Afghanistan alone.

Last year in December, a former Pakistani senator said Pakistan is using Taliban as a “tool” for its dominance in Afghanistan under the pretext of strategic depth.

Afrasia Khattak had said: “They [Pakistan] want dominance in Afghanistan under the pretext of strategic depth and they have pursued this policy. They see the Taliban as a tool for themselves.”