DU BCL for withdrawal of residence and transport fees 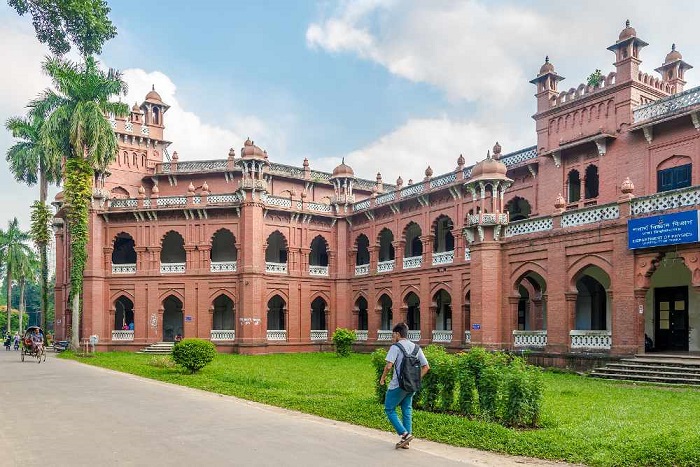 Bangladesh Chhatra League’s (BCL) Dhaka University (DU) unit  staged demonstrations with a five-point demand including withdrawal of residence and transport fees as the university has been remained closed for 15 months.

They also demanded to vaccinate all the students and teachers immediately.

They made the demand from a rally held at the foot of Anti-terrorist Raju Memorial sculpture at TSC on DU campus.

Their other demands include making a drug-free campus, formulating a roadmap to implement university's master plan to alleviate the residential crisis and modernizing university's Medical Centre.

“Although the university had remained closed for 15 months, the students are being compelled to pay the residence fees which is very unfortunate," BCL DU unit General Secretary Saddam Hossain said.

"However, considering the financial situation of students, the administration should waive above mentioned fees. The teachers failed to play the role of guardian," he added.

“The Prime Minister has instructed to vaccinate all the students on an emergency basis but due to lack of coordination among authorities concerned the public university students have not been vaccinated yet.

"Overcoming all the administrational negligence, the university administration has to coordinate with authority concerned to bring all students under the vaccination”, he furthered.

BCL DU unit president Sanjit Chandra Das said, “Students’ are facing various mental problems due to the closure of educational institutions for a long time. The university administration should reopen the institution by ensuring vaccination for all the students immediately.”

“The university authority has to improve the service of Dhaka University Medical Center to ensure the health protection of the students, and the public university student should be brought under health insurance,” he added.