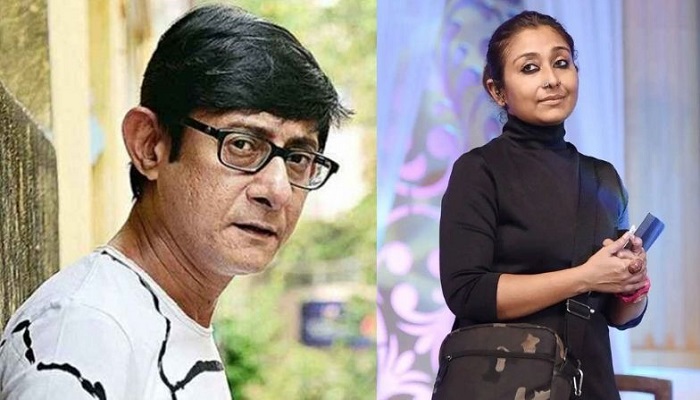 Tollywood was abuzz with rumours linking actor-turned-politician Kanchan Mallick and TV actress Sreemoyee Chattoraj. Both the actors had rubbished the rumours. The incident took a serious turn when Kanchan’s wife Pinky lodged a police complaint against her husband Kanchan. Police sources suggest, Pinky reportedly lodged a police complaint stating that her husband and Sreemoyee harassed her.

According to the statement, she was returning home when her car was allegedly stopped. She was reportedly forced to get down. Pinky also alleged that, Sreemoyee verbally abused her too. Pinky, who is also an actress sought police help on Saturday night. Kanchan and Sreemoyee denied all the allegations.

The incident has left the industry shocked. A few days back, Pinky rubbished the rumours of link-up between Sreemoyee and Kanchan. She backed her husband and spoke in his favour.

Rumours started floating when Sreemoyee and Kanchan were spotted shaking legs on a popular Bengali number together. Kanchan and Sreemoyee emphasises it was nothing but a fun banter. At that time, Sreemoyee, who is playing a negative role in popular daily soap ‘Krishnakoli’, rubbished the rumours and stated Kanchan is like her elder brother. Kanchan denied the allegations.

Kanchan, who is known for his comic timing, recently started new innings as a politician. Besides films, tv projects and web-series, he is busy with his political career as an MLA.