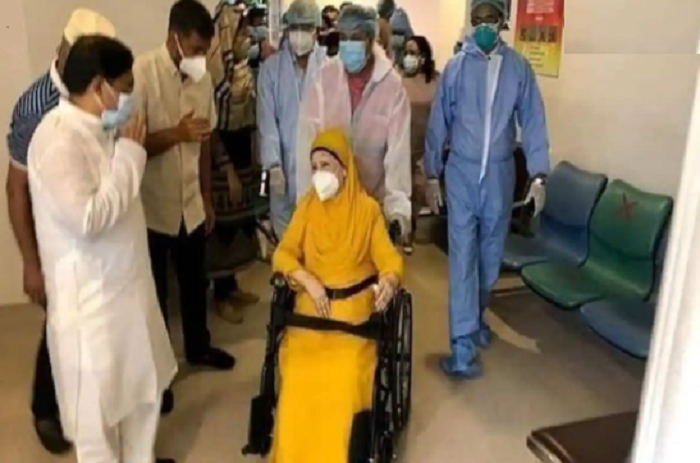 BNP Chairperson Khaleda Zia returned to her Gulshan residence from the Evercare Hospital on Saturday evening.

Syrul Kabir Khan, an official of Khaleda's press wing, informed the development to the press.

Khaleda Zia had been receiving corona and post-corona treatment at Evercare Hospital since April 27.

Earlier, family members of Khaleda Zia applied to the Ministry of the Home Affairs seeking permission to send her to go abroad for better treatment.

The application was sent to Law Ministry which said the government has no authority to allow a convict to go abroad.

Later, the medical board fixed her treatment plan and she improved gradually at the Evercare Hospital.

Khaleda Zia was admitted to Evercare Hospital on April 27 for a thorough health check-up.

She tested positive for Covid-19 on April 10 when eight people of her Gulshan residence were found infected with the dreaded virus.

She underwent a second Covid-19 test on April 24, and tested positive again. Her blood report and CT scan results were normal.

On March 25, 2020, the government released  Khaleda due to outbreak of the Covid-19 virus.

Later, her release was extended for six months on twice on August 27 last year and March 15.