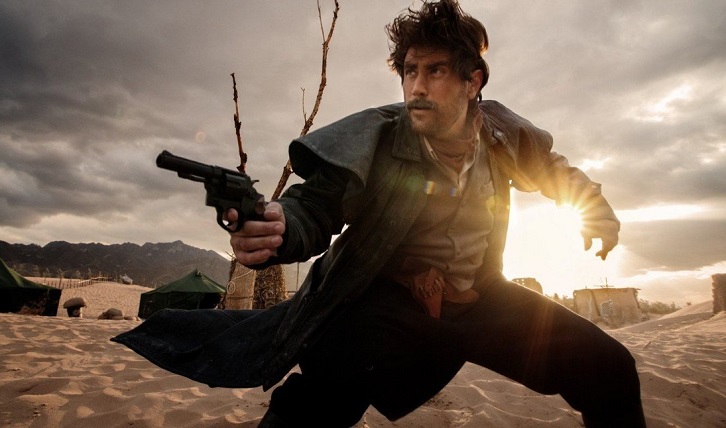 When Wu Qi was under a coronavirus lockdown in the eastern Chinese province of Shandong early last year, he started posting one-minute videos made from clips of blockbuster movies and TV shows on Douyin, the Chinese version of TikTok.

Wu added narrative text to the screen, summarising the story, and soon won over thousands of followers. Then on the eighth day, one video clip became a “minor hit” and his followers exploded.

“After waking up one morning, I saw that I had more than 10,000 followers,” Wu wrote in a social media post. As the videos continued to attract more followers and rack up tens of millions of views, he started to monetise the traffic by doing promotions and selling products in live streams.

He even started recruiting students interested in producing short videos, offering them paid tuition based on his own experience. His account now has more than two million followers, which brings him a monthly income of over 20,000 yuan (US$3,128).

Wu is one of thousands of uploaders on China’s short video platforms like Douyin and Kuaishou, specialising in editing video clips from hit shows such as Game of Thrones.

It is a proven path to quick popularity and profits – repackaging the most eye-catching scenes or recapping complete plots of movies in a few minutes to appeal an audience with short attention spans.

“Narrated movie and TV clips on Douyin save me from watching entire shows, especially those that drag on,” said Liu Yiyi, a college student in China’s eastern Jiangsu province. Liu said she spends at least half an hour a day watching so-called compressed shows on Douyin.

However, the quick gains for uploaders like Wu and the viewing preferences of young consumers like Liu are proving a curse for China’s long-video broadcasters, which often pay handsomely for professionally-generated content (PGC), only to find they lose their audience to the short video platforms.

“There are a lot of edited videos using PGC companies’ IP, for example, editing a drama into short videos,” said Chelsey Tam, senior equity analyst at Morningstar. “And obviously viewers can watch those short videos for free.”

At an industry conference last week, Gong Yu, CEO of Baidu-owned iQiyi, said that by “adding to” unlicensed content, these videos are “covering up their nature, which is piracy”.

Speaking at the same event, Youku president Fan Luyuan said the three main providers of long-form video content were in a difficult situation.

“When can [we] make a profit? Judging from the current environment, it would be delusional to say that it can be expected soon.”

Tencent Video vice-president Sun Huaizhong took it a step further by equating short videos with “pig feed”, saying such content, which is often vulgar and lowbrow, is having a negative impact on users.

The complaints from the streaming platforms have got the attention of China’s copyright authorities.

Last month, China’s National Copyright Administration said it would intensify its scrutiny of such copyright infringements, following a public call by more than 70 domestic film and TV companies and more than 500 film industry workers to end the practise of remaking long-form content into short video clips.

The administration said it would order short video platforms to delete any content found to be in breach of the copyright rules.

China’s copyright law, like similar laws in many Western countries, allows people to quote another published work in one’s own work for the purpose of comment or education.

But most of the user-generated short videos made from movie and TV clips do not contain any commentary or added value, so they are considered copies of the original works and therefore violate the copyright law, said Juanjuan Pan, a partner at Deheng Law Offices.

Under China’s current legal framework, platforms are only responsible for removing works after they have been notified of violations, and the vast amount of user-generated content makes it difficult for copyright holders to defend their rights.

In a statement to the Post, a ByteDance spokeswoman said the company is committed to copyright protection and is aware of potential instances of copyright infringement. She said the company has mechanisms in place to address such issues and will take down problematic content upon notification.

The complaints from China’s major movie and TV streaming platforms come at a time when they are increasingly losing out to short-video apps in the fight for user attention. Research published by Guosen Securities in May last year found that 45.1 per cent of those surveyed said they spent less time on movie and TV streaming platforms because they preferred short videos.

The trend is also reflected in valuations of the companies. Nasdaq-listed iQiyi’s market cap was US$11.2 billion on June 9, about one-fourth that of Bilibili, also traded on the Nasdaq, whose market cap is US$41.4 billion. Hong Kong-listed Kuaishou is valued at US$107.6 billion.

Profits have also been elusive. While financial reports for Tencent Video and Youku are not available because they are not publicly listed, iQiyi reported a 1 billion yuan (US$154.8 million) loss in the first quarter of this year, though that narrowed from the same period a year ago when it posted a 2.2 billion yuan loss.

Some analysts argue that it is not fair to blame user-generated clips for the poor performance of long-form video platforms.

“These infractions are certainly not the main reason for their inability to turn a profit,” said Carlton Lai, equity research director at Daiwa Capital Markets. “PGC platforms struggled to turn a profit long before short-video platforms became popular.”

Rather, he said the “inherent business models and competitive market dynamics” of the movie and TV platforms have contributed to their losses.

For example, the high cost of producing original content is a drain on profitability, and expensive shows do not necessarily equate to “hit” shows, he explained.

“It ultimately boils down to who can win and retain users. User acquisition costs for PGC platforms tend to be much higher than [user-generated content, UGC] platforms,” he said. “In the past, this was compensated by the vast difference in content quality, but nowadays, this gap has narrowed and some UGC content has been effective in drawing and keeping user time spent.”

Another problem is the disparity between cost of creating long-form content and subscription fees.

“The path for PGC companies is very unclear, and I believe they will need to increase subscription fees and try and call for respect of copyright and put pressure on short videos,” said Morningstar’s Tam.