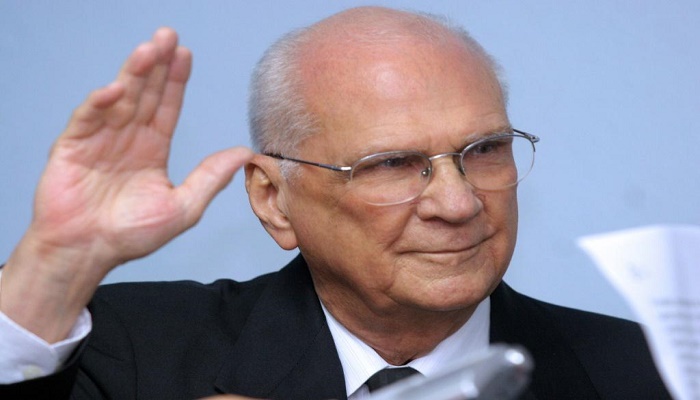 Nicaragua’s former president Enrique Bolanos, who led a fierce fight against corruption, has died at the age of 93, his family said Tuesday.

Bolanos, who beat a favored Daniel Ortega in the 2001 elections and was in power until 2007, was buried Tuesday in the western city of Masaya, where he lived.

During his tenure, he popularized the phrase “let’s roll up our sleeves” as he promoted public austerity to clean up public debt and battle corruption.

He held several corruption trials, including of his predecessor and former boss Arnoldo Aleman, who was accused of laundering millions of dollars in public funds.

“The Nicaragua I have dreamed of … is a Nicaragua in which truth, honesty and justice reign for all,” said Bolanos at the time.

During Bolanos’ administration, Nicaragua ratified a free trade agreement between Central America and the United States. The country — one of the poorest on the continent — also managed to get 80 percent of its foreign debt forgiven during his presidency.

Bolanos had five children with his late wife Lila. After retiring from politics, he dedicated the last years of his life to building a library that bears his name.

To mark his death, the government ordered flags be flown at half-mast for three days of mourning.