Govt eyes to raise GDP growth to 8pc by FY 24 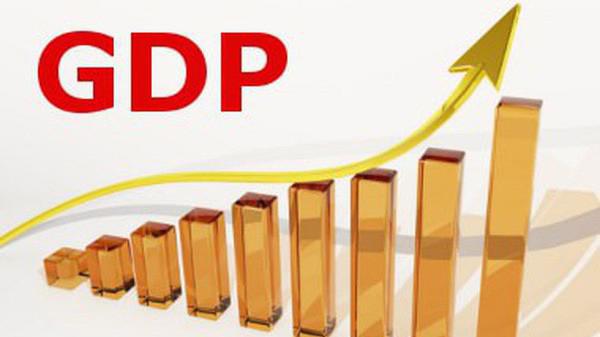 The government eyes a gradual increase in GDP growth to 8 per cent by FY24, driven by larger investment in transformative physical and social infrastructures along with smooth economic recovery from the corona pandemic.

In its mid-term macroeconomic policy statement (MTMPS), the ministry of finance projected 7.2 percent growth for FY22, 7.6 percent in FY23 and 8 percent in FY24 with a hope of turnaround from the economic slowdown caused by Covid-19.

The growth slumped to 5.2 percent in FY20, the first year of global corona crisis, with agriculture, industry and services sectors’ growth slipping to 3.1 percent, 6.5 percent and 5.3 percent respectively.

The MTMPS stretching from 2021-22 to 2023-24 expects that the growth for agriculture, industry and services sectors will rebound to 4.2 percent, 11 percent and 6.9 percent respectively by FY24.

About the ground for such growth, the ministry of finance hoped for a gradual recovery in both domestic and external economy from the ongoing crisis by this time.

Besides, it also expects a gradual increase in social sector investment triggered by different types of ongoing reforms in physical infrastructure and other sectors.

The government set a target of raising the investment-GDP ratio to 36 percent by this timeframe from 31.8 percent recorded in 2019-20 fiscal year.

“The main objective of expansion in public investment is to encourage private investment through creating improved infrastructure facility to achieve higher growth,” says the MTMPS.

Alongside, a higher growth, the government seeks to gradually bring down the inflation rate to 5.1 percent by FY24.

The inflation rate for the next fiscal year has been estimated at 5.3 percent. 12-month average and point-to-point inflation rates were 5.6 percent and 5.5 percent in March mainly due to high food prices.

Riding on some reforms initiatives for revenue management system, revenue-GDP ratio is expected to be raised to 11.5 percent in the midterm from below 10 percent at present.

The government wants to bring back the budget deficit within the GDP’s 5 per cent comfort zone by FY2024, which has reached 6.2 per cent in FY22 mainly due to high spending on economic recovery targeted stimulus packages.

At the same time, budget size will be curtailed to GDP 17 percent by this time from 17.5 percent in FY22, MTMPS suggests.

However, economic analysts observe that Bangladesh’s budget size is much below compared those of South Asia countries. They also identified capacity lacking in implementing the budget.

In the mid term, the government has cautiously set export-import growth target at 12 percent and 11 percent respectively.

Vision 2041, 8th five-year plan, Delta Plan 2100 and Sustainable Development Goals (SDGs) have been considered as the baseline for the mid-term economic policy of the government.