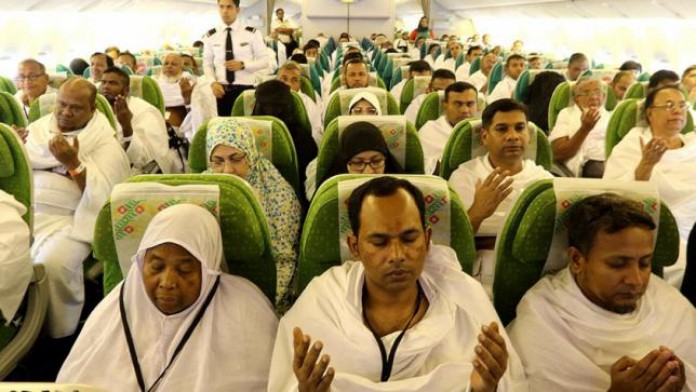 Parliament on Tuesday passed the Hajj and Umrah Management Bill, 2021 seeking to deal with irregularities and mismanagement in the sector.

State Minister for Religious Affairs Ministry Md Faridul Haque Khan moved the Bill and it was passed by voice vote.

It is seen whenever the government makes a move against any hajj agency, it brings a stay order from the High Court challenging the action.

So, a legal structure is needed to deal with hajj management. Without having registration under the proposed law, no one will be able to deal with Hajj pilgrims. And the registration authorities can take action against irregularities.

According to the bill, the registration of any Hajj and Umrah agency can be cancelled for anomalies.

Also, a Hajj agency can be slapped with a fine of maximum Tk 50 lakh, while an Umrah agency with Tk 15 lakh for irregularities.

If any agency gets warnings for two years in a row, its registration will automatically be suspended for the same period. Also, lawsuits can be filed against criminal offences committed in the Hajj and Umrah management.

After the enactment of the new law, if a Bangladeshi gets involved in Hajj-related irregularities even in Saudi Arabia, it can be treated that it happened in Bangladesh and legal steps, including criminal and administrative action, can be taken.