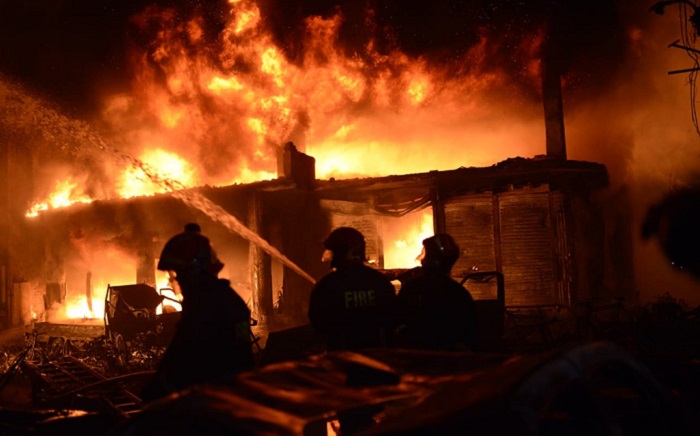 The deceased is identified as Salma Begum (30) was on the truck at the time.

The incident occurred at RS Filling Station around 3:00am as truck was receiving gas.

Several women presumably RMG workers boarded the truck. All of them except Salma got down the truck at the time of gas filling.

Police rushed her to Dhaka Medical College Hospital where doctors declared her dead around 4:30am.

The truck was seized while body was sent to hospital morgue for autopsy.

The driver and other labourers on the vehicle narrowly escaped.