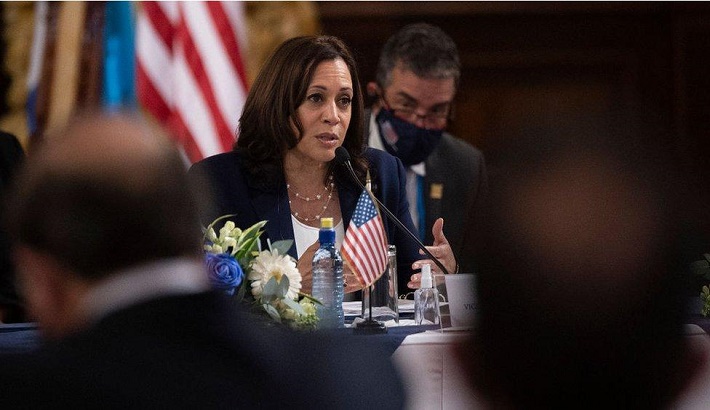 US Vice-President Kamala Harris has faced pressure to visit the US-Mexico border, as she tries to tackle a record migration spike.

Ms Harris had a testy exchange with a journalist who asked why she had not gone to the US southern boundary.

Members of Ms Harris's own Democratic party meanwhile criticised her after she warned against illegal immigration.

On a visit to Mexico on Tuesday, she said Washington aimed to boost economic development in the region.

She and Mexican President Andrés Manuel López Obrador said it was in the interests of both countries to address the root causes of migration.

About 178,000 undocumented migrants arrived at the US southern border this April, the highest total in more than two decades.