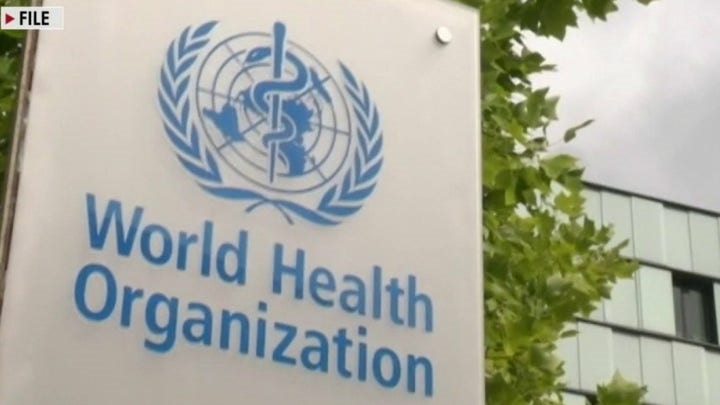 "The Chinese have engaged in a massive cover-up that is going on until this day, involving destroying samples, hiding records, placing a universal gag order on Chinese scientists and imprisoning Chinese citizen journalists asking the most basic questions," Jamie Metzl told "America's Newsroom."

China is reportedly planning to build dozens of biosafety level three labs and one biosafety level four lab over the next five years, as investigators take another look at the possibility that the coronavirus could have leaked out of a laboratory in Wuhan, China.

"The more that China stonewalls, the more suspicious that it looks," Metzl said. "We can't give China a veto over whether or not we investigate the world's worst pandemic in a century and then do everything we can to make everybody safe."

Metzl stressed the importance of doing everything possible to have a "full investigation" into the pandemic, including the U.S. working with allies to have a "parallel" process if China does not cooperate.

"There's a reason why after a plane crashes, we do everything possible to understand what happened," Metzl explained. "If we don't learn those lessons, there are other planes that are in the air. For all we know, the next pandemic is just around the corner and if we don't understand and fix our biggest problems, we're going to be at unnecessary risk. We have to get to the bottom of this, which means asking that tough questions and following the data wherever it leads."

Metzl called WHO Director-General Dr. Tedros Adhanom Ghebreyesus a "hero" for his handling of the investigation, which prompted pushback from anchor Bill Hemmer.

"There is good reason to be critical of the WHO in the earliest days of the pandemic," Metzl said. "But later in this phase that we're in now, Dr. Tedros basically risked his entire career to defend the integrity of the WHO, rejecting essentially the legitimacy of this joint team report and saying we need a full investigation of all origin hypotheses, including lab incident."

"But that's not what Tedros said in the beginning," Hemmer asserted. "It took some time for him to get to that point."

"You're absolutely right," Metzl replied. "But we also need to recognize that the WHO doesn't have the mandate to have its own surveillance capabilities. They had emergency responders in effect they wanted to send to Wuhan that were blocked in the earliest days of the pandemic by the Chinese for more than three weeks."

The lab-leak theory has gained credibility in the U.S. and abroad in the past few weeks after a bombshell Wall Street Journal report revealed that three researchers at a Wuhan virology lab displayed COVID-19 symptoms in late 2019—well before the pandemic. But it remains unproven, as do competing hypotheses about how the virus first came to infect a human.