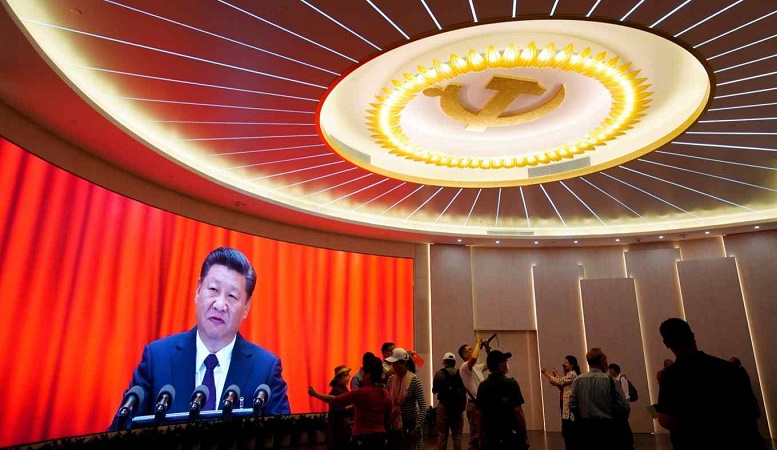 For the first time ever, the number of professionals registered with the century-old Communist Party of China has exceeded the number of factory and farm laborers in its ranks, showing the changing nature of the self-described vanguard of the working class.

The Communist Party had nearly 32.19 million members who can be classified as white-collar workers at the end of 2019, according to data from its organization department, topping the 32.01 million registered industrial and service workers.

The Communist Party, which on July 1 will mark the 100th anniversary of its founding, states in its constitution that it "is the vanguard of the Chinese working class." Article 1 of the national constitution says the "People's Republic of China is a socialist state under the people's democratic dictatorship led by the working class and based on the alliance of workers and peasants."

But Takashi Suzuki, associate professor of Chinese politics at Aichi Prefectural University in Japan, said that "with laborers and farmers no longer in the mainstream, the Communist Party is losing its identity as a political organization."

What triggered the rise of company workers within the party's ranks was the 16th twice-a-decade party congress held in 2002. There, the party's constitution was amended to allow private-sector employees to join as part of then-General Secretary Jiang Zemin's "Three Represents" concept.

At the time, the Communist Party feared that it would not be able to maintain the basis of its rule without bringing in entrepreneurs during China's transition toward a market economy. The party that once represented the working class has now has 91.91 million members from nearly all walks of life.

The number of workers -- a category that includes migrant workers, factory employees and sales clerks -- stood at 6.45 million at the end of 2019. Together with the 25.56 million farmers, ranchers and fishers, they make up 34.8% of the Communist Party.

White-collar workers make up 35% of the party. This group includes 14.4 million professionals and engineers hired at both state-owned and private-sector companies, as well as 10.1 million members in management positions and the 7.68 million working at party or governmental agencies.

The growth of the number of professionals and technicians has been particularly conspicuous. The Communist Party contains more than 24.5 million company workers, up more than 10 million over a two-decade period. Company workers look increasingly likely to outnumber farmers, ranchers and fishers within a few years.

President Xi Jinping, who became general secretary in 2012, put in place limits on the number of people who can join the party, with the purpose of raising the quality of the membership.

At the same time, the party has been recruiting graduates of top Chinese universities and engineers. This trend has apparently intensified as tensions with the U.S. has risen over the past few years.

There are now 46.62 million Communist Party members whose resumes include a university degree or higher, accounting for 50.7% of the total. The share is up from 19.2% in 1999.

It is believed that this is the first time university graduates made up more than half the party since its founding. Meanwhile, the opportunities are diminishing for frontline workers and farmers to join.

The party has brought entrepreneurs into the fold with the goal of tapping into their ideas and energy. But "startups and companies with cutting-edge technology have a greater tendency keep their distance because they dislike the party's meddling," said a source close to the Communist Party.

Party organizations at companies hold weekly study sessions on party thought, prompting some in the private sector to quietly complain that such activities may hurt productivity.

There has been a noticeable increase in young people who seek to join the Communist Party in hopes of landing jobs or promotions, with the party or at government agencies or state-owned enterprises. This raises the risk that membership in the Communist Party will turn into a vested interest in itself, which would create an obstacle to policies to correct wealth disparities.

"The Communist Party will mark the 100th anniversary of its founding in July encumbered with contractions that undermine its ideological legitimacy," said Suzuki.