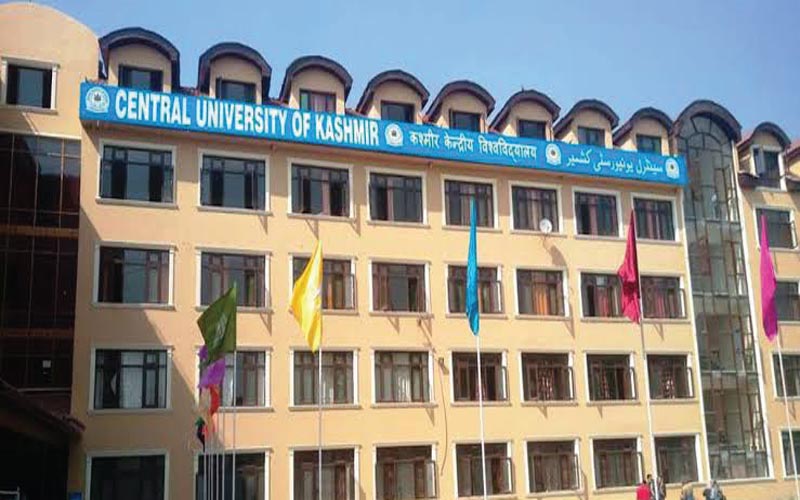 To commemorate World Environment Day, the Department of Kashmiri in collaboration with the  Directorate of Students Welfare (DSW), Central University of Kashmir (CUK) organised a webinar “Quran and Environment,” on Saturday.

Speaking on the occasion, Vice-Chancellor, Prof. Mehraj ud Din Mir, said the damaged ecosystem could be restored by planting saplings, greening cities and cleaning up rivers and streams.

“The Covid-19  pandemic has reminded mankind of the harm caused to nature and how important it is to protect the  environment.”

He stated Kashmir valley has witnessed the worst deluge during the year 2014 and the same was attributed by the experts to the continuous environmental degradation.

“The garbage dumped in the rivers over the years was returned to us and the same was found in our residences,” he added.

He asked the students to proactively work to stop the environmental degradation and help in regaining the pristine glory of lakes and forests areas in Jammu, Kashmir and Ladakh.

In his keynote speech, former, Vice-Chancellor, Maulana Azad National Urdu University (MANUU), Prof.  Mohammad Aslam Parvaiz, said the valley of Kashmir has been bestowed with the bounties of nature in the form of rivers, gushing streams, huge forest covers and mountains, and the need of the hour was to preserve and conserve the natural environment. “The people of the valley should take necessary measures and steps to stop the environmental degradation so that the natural bounties could be enjoyed by the next generation,” he said. Prof. Mohammad Aslam Parvaiz said that living being including microorganisms are completely dependent on natural resources and hence the preservation of the same was imperative. He cautioned that continuous deforestation would lead to flash floods and other adverse climatic conditions, thus harming humans.

He said the environment plays a pivotal role in the survival of mankind and fiddling with it can cause extensive damages to the health and prosperity of the people. Prof. Zargar said the green houses gases have already caused huge damages to the ozone layer and the need of the hours was to heal mother nature by using eco-friendly vehicles and install anti  emission equipment in the factories, emitting deadly gases.