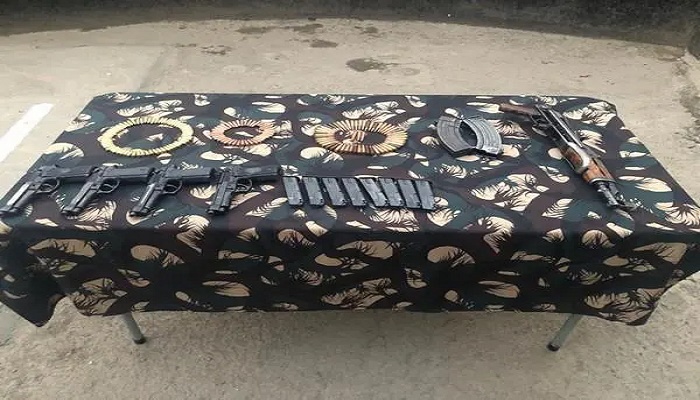 Security forces have busted s hideout and recovered a cache of arms and ammunition, including four pistols with eight magazines and 105 rounds here from the Manyal area.

On receiving information from reliable sources of suspicious movement in the upper reaches of the Azmatabad area of Thanamandi on Thursday, a joint search operation by 48 Rashtriya Rifles (RR) of the Indian Army and Jammu and Kashmir Police was conducted in the areas of Manyal, Danna and Kopra.

During the search operation, the joint party unearthed a hide in Manyal.

The party recovered a dumped stock of arms and ammunition, comprising of four pistols with eight magazines and 105 rounds, one AK with two magazines and 54 rounds, along with packaging material and tying ropes.

An FIR under the Unlawful Activities Prevention Act (UAPA) has been registered at the Police Station of Thanamandi.

From initial investigations, it appears that this cache of arms and ammunition may have recently been dropped in the area from across, and was meant for onward transmission to the Kashmir Valley, police said.