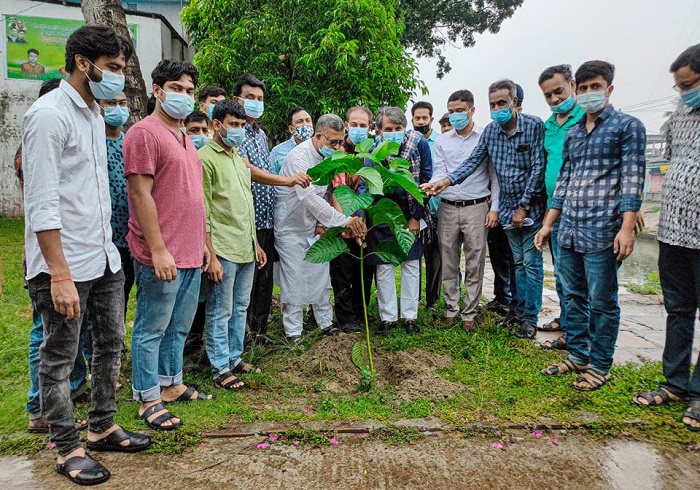 World Environment Day has been celebrated in Kishoreganj's Katiadi by social and voluntary organisation Raktadan Samity with the theme 'Restoration of the environment, let there be a commitment of all'. On this occasion, plantation of fruit, forest, medicinal plant saplings, distribution of saplings, installation of earthen jars and distribution of leaflets have been started to ensure safe shelter for birds.

Nur Mohammad, Member of Parliament of Kishoreganj-2 (Katiadi-Pakundia) constituency, inaugurated the programme by planting tree saplings, and distributing leaflets on the premises of Katiadi Government College on Saturday with the slogan 'Save nature, involve generations'.

Then he observed the activities of placing earthen jugs on the top of the trees in the college premises.

Speakers said that the sea level is rising due to global warming and melting of polar ice caps. Extensive tree plantation can maintain the balance of the environment and bring back biodiversity.