Donald Trump is getting worse 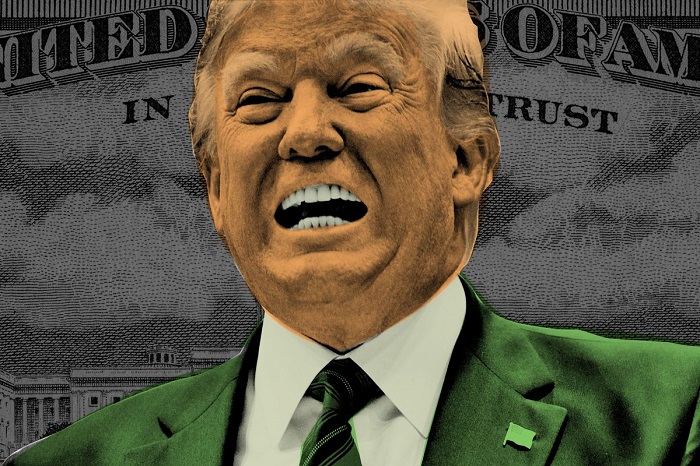 That follows on reporting from The New York Times and The Washington Post that Trump is convinced that he will, at some point this summer, be reinstated as president once a variety of kooky and non-credible audits come to, uh, fruition.

"Trump has become so fixated on the audits that he suggested recently to allies that their success could result in his return to the White House this year, according to people familiar with comments he has made," wrote the Post.

Trump himself has been sending out a slew of statements on the topic -- blasting Arizona Gov. Doug Ducey and Arizona Attorney General Mark Brnovich, both Republicans, for not doing more to support the ridiculous recount in Maricopa County. And on Monday, Trump blasted this out: "Great work is being done in Georgia revealing the Election Fraud of the 2020 Presidential Election. But, we must not allow ANYONE to compromise these ballots by leaving the building unsecured, which was done late Friday. Republicans and Patriots must protect this site and the Absentee Ballots."

The so-obvious-it's-hitting-you-in-the-face conclusion? Trump isn't giving up his delusions about the 2020 election. They're getting worse.

And, it's not just Trump. Those who take their cues from him -- which is rightly understood as the majority of the Republican base -- are descending deeper into the madness of wild conspiracy theories too.

Witness Michael Flynn, Trump's one-time national security adviser, who over the weekend appeared to endorse a Myanmar-like coup in the United States. (Flynn later said on Parler that "there is NO reason whatsoever for any coup in America, and I do not and have not at any time called for any action of that sort.")
Or Republican-controlled legislatures around the country moving to pass so-called "election security" laws in response to the nonexistent threat posed by widespread election fraud.

You get the idea. This crap is not slowing down or going away, It's picking up steam.
All of which undermines the strategy employed by Republican leaders in Washington to date -- which is best described by Homer Simpson regarding a big test he needs to take: "During the exam, I'll hide under some coats and hope that somehow everything will work out."

The desperate hope of the likes of Senate Minority Leader Mitch McConnell was that in the wake of the 2020 election, Trump would simply fade away. That, yes, he would remain a figure of some stature for some within the Republican Party, but that his ability to command the national stage or exert considerable influence over the direction of the Party would wane considerably.

It just hasn't happened. Which creates this reality for Republicans: As Trump swerves more and more into ever-wilder fantasies about his return to power, the GOP base follows right along with him. And since no politician can hope to win elections without the base of their party behind them, Republican elected officials go along for the ride.

Which means they are now on board with a man who believes he will be reinstated as president this summer because of a series of outlandish recounts and audits in swing states.

What's more worrisome for Republicans: There is zero evidence that Trump has hit rock bottom yet. Or that there is a bottom at all. And they have permitted his ridiculous behavior for so long now, it's hard to imagine they can suddenly say that the former President has crossed some line in terms of propriety or responsibility. He -- and they -- left that line in the dust a long time ago.