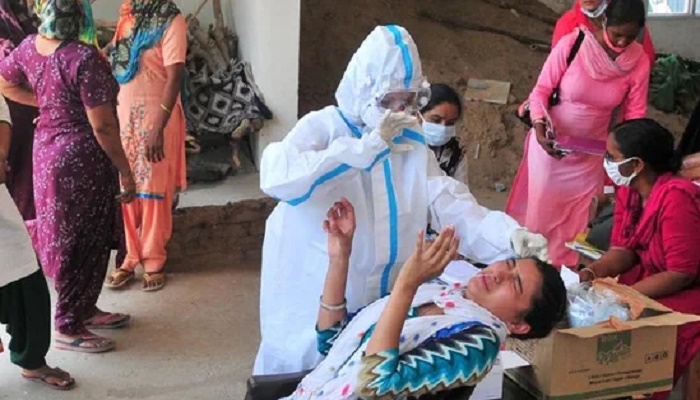 India recorded 132,364 cases of the coronavirus disease in the last 24 hours, taking the nationwide infection tally to 28,574,350, according to the data from the Union ministry of health and family welfare (MoHFW), updated at 8am on Friday. Also, in the same period, 2713 people succumbed to Covid-19, taking the related death toll to 340,702, the data showed.

This is for the first time after two days that India saw a marginal fall in its daily new cases of the viral disease. Since logging 127,510 fresh infections in the 24-hour period leading to June 1 -- the lowest single-day rise in more than two months -- the country reported 132,788 and 134,154 cases, respectively, in the next two days.

The number of tests conducted on June 3 stood at 2,075,428, the government-run Indian Council of Medical Research (ICMR) tweeted on Friday morning. While this is a decline from 2,159,873 tests on June 2, total 357,433,846 tests have been conducted till now, ICMR’s figures showed.

The decline in daily cases has coincided with containing measures taken by governments at the state and the Union Territory (UT) level. While this decline has prompted several state governments, like Delhi and Maharashtra, to announce measures to “unlock” or exit from lockdown or lockdown-like curbs, others have announced an extension in restrictions to further break the chain of transmission of the virus.

However, as daily cases are still well above the 100,000-mark, the central government, on June 1, announced the cancellation of class 12th board exams of the Central Board of Secondary Education (CBSE). Within hours, the Council of Indian Certificate of Secondary Education (CISCE) announced the cancellation of its class 12th exams as well. Class 10th exams were scrapped in April when the second wave was at its peak.