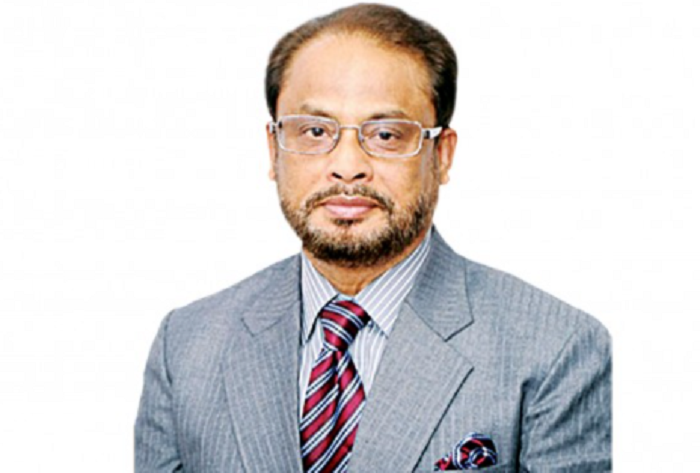 Jatiya Party Chairman on Thursday termed the proposed budget for 2021-22 FY imaginary and unrealistic, and said the government will not be able to implement it.

“We can assume that this fictitious and impractical budget can’t be implemented,” he told reporters after coming out of parliament’s budget session.

GM Quader, also the deputy opposition leader in parliament, said there is a huge deficit in the proposed budget and the system that has been mentioned to fill the deficit is not realistic. “This budget needs to be rearranged extensively.”

He thinks the allocation for the health sector has been increased slightly while that for the social safety net is much less in compression with the size of the total budget.

GM Quader also said the allocation for the disaster management sector is not satisfactory.

He said the finance minister has prepared the budget based on his perceptions without considering the reality.  “This budget has to be changed rigorously to give it a real shape.”

The Jatiya Party chief said though the minister has proposed increasing the expenditure in the budget but he has failed to outline how the revenue will be collected.

“As per the target of last year's budget, even 60 percent of the revenue couldn’t be collected in 10 months. I don't know how much they’ll be able to collect in the next two months,” he said.

He said there is no clear guideline in the budget about creating jobs and providing financial assistance for those who have become unemployed and gone below the poverty line during the corona period.

GM Quader said common people had an expectation that a large allocation will be given for the health sector, but it did not happen with the routine increase amid the corona crisis.