Plans for a Chinese university in Hungary fuel concerns 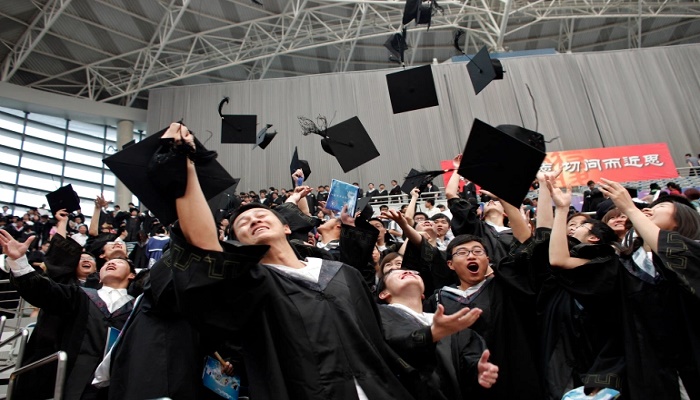 Hungary’s political opposition has pledged to block the construction of the first Chinese university in the EU, as arguments persist over the project’s financial and security risks.

Mayor of Budapest Gergely Karacsony, who hopes to run as the opposition candidate for prime minister in elections next year, promised to use “all possible legal and political means” to halt the plan of the right-wing government to build a campus for Fudan University in the capital.

The Shanghai-based institution, which ranks among the world’s top 200 universities, wants to launch the campus by 2024.

Under the plan, up to 8,000 students will live and learn in a sprawling facility on the banks of the Danube.

The government, which has pushed in recent years to strengthen ties with Beijing, insists that the project will put the country on the world’s education and investment map.

“The campus will raise the standard of education and provide students with globally competitive knowledge, which will contribute to the Hungarian economy’s sustainable growth,” Zoltan Kovacs, secretary of state for public diplomacy, told Al Jazeera.

“The arrival of a world-class university is good news. China is an advanced, high-tech country so the project will offer a boost to Hungary in those terms,” he said.

However, Matura is less certain about the financial arrangements.

It was revealed last month that Hungary will foot the full 1.5bn euros ($1.8bn) bill to build the campus, powered by a huge loan from Beijing.

The revelations have only raised more worries that the project will deepen Hungary’s reliance on China.

Amid an “illiberal” push that has led to conflict with the EU and US over recent years, Prime Minister Viktor Orban has sought to strengthen Hungary’s links to the east.

China, meanwhile, has sought to use its huge fiscal firepower to try to win influence in Central and Eastern Europe as part of a bid to boost its interests inside the EU and NATO.

Hungary has been one of the few states keen to take the cash.

It also has a deal to borrow 2bn euros to build a high-speed rail link to Serbia – another European state keen on yuan.

Critics note that Hungary will not take up loans under the EU’s Recovery Fund, and say that illustrates that Orban prefers funding with few strings attached.

However, others suggest some of the criticism reflects double standards.

“It’s difficult to justify the judgements made over Hungary’s ties with China given that Germany, France and the UK all have much stronger economic links with Beijing,” said Gergely Salat from the government-funded Institute for Foreign Affairs and Trade.

Data produced by Matura’s Central and Eastern European Center for Asian Studies also shows that Chinese investment in Hungary is dwarfed by inflows from Germany and the US.

Yet unlike those countries, Hungary’s links to the east are viewed as a potential diversion for the country’s pro-Western orientation.

“The government has made it clear that it’s more committed to its allegiances with China and Russia than the country’s EU and NATO alliances,” Gyori said.

China has good reason to encourage such division. Hungary has regularly supported Chinese interests as tensions have risen between Beijing and those Western institutions.

Hungary has ignored US warnings that Huawei is a security risk, to hand the company a starring role in building its 5G networks.

It is the only EU state to use Beijing’s Sinopharm vaccine, while suspicion has been raised among NATO partners over Hungary’s approach to Beijing’s activities in the South China Sea.

“This is not the first time that Hungary has broken away from unity when it comes to the issue of China,” Maas told reporters. “I think everybody can work out for themselves where the reasons are.”

Chinese President Xi Jingpin, on the other hand, has praised Orban.

“China highly appreciates Hungary for its firm adherence to a friendly policy … [and takes] major projects as a guide,” he said.

Budapest hopes that more “major projects” will follow after Fudan is completed.

“The opening of the campus is expected to give a boost to further Chinese investment, especially the establishment of research and development centres,” Kovacs said, forecasting Hungary will “become a regional knowledge hub”.

But others say that it is more likely to prove another damaging hit on an academic sector over which Orban has long sought to wrest control – an effort many suspect is intended to promote his nationalist ideology.

Michael Ignatieff is president of Central European University, a US institution forced from Budapest in 2018.

He calls the arrival of Fudan “another blow to academic freedom”, suggesting the university will not be offering courses critical of either the Chinese or Hungarian governments.

On May 10, Fudan advertised the fact that it has signed a partnership deal with the Propaganda Department of the Chinese Communist Party.

But Matura points out that Fudan remains one of China’s most liberal universities. The analyst also suggests that Hungary may be a victim of hypocrisy.

Thousands of Chinese students already attend universities in the US and Europe, and vice versa, “so it seems like double standards to object to a Chinese university operating in Hungary”.