Agreement signed to speed up development of BEPZA EZ 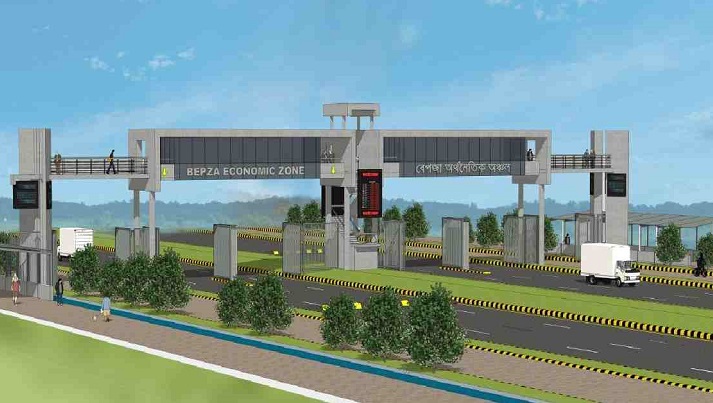 Authorities concerned on Sunday signed an agreement to expedite the work on development of BEPZA Economic Zone at Bangabandhu Sheikh Mujib Shilpa Nagar in Mirsharai of Chattogram district.

Speaking as chief guest Principal Secretary to the Prime Minister Dr Ahmad Kaikaus said the economy is growing surprisingly fast due to  conducive environment for investment.

He said BEZA received $6 billion worth investment proposals in 2020.

“We hope that several factories located in BEZA sites will go into production fully in a short time,” he said.

The Senior Secretary of Local Government Division Helal Uddin Ahmed said  a bridge connecting Mirsharai and Feni in parts of the industrial city will be built.

“The project proposal has already been prepared. The construction work of this bridge will start very soon,” he  said.

High officials of Prime Minister’s Office, BEPZA and BEZA including some local and foreign investors were present at the programme.

BEPZA Economic Zone is being set up on 1150 acres of land at Mirsharai, Chattogram.

About 350 industries will be set up in 539 industrial plots. This will create employment for about 4 lakh people and attract investment of about US$ 4 billion, said officials.