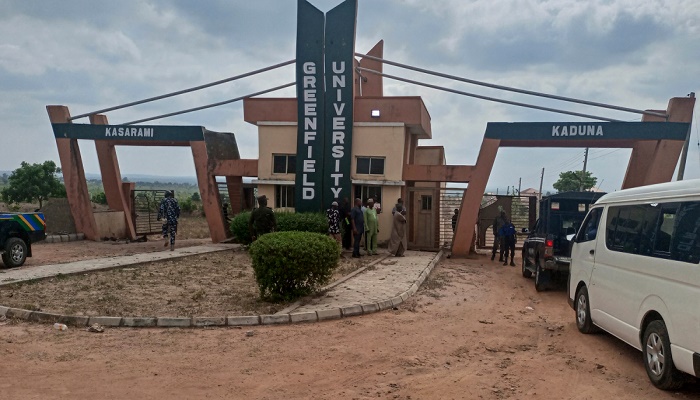 Fourteen students from a university in northwestern Nigeria were freed on Saturday, 40 days after being kidnapped, a local police spokesman told AFP.

Such seizures have become a frequent way for criminals to collect ransoms, with more than 700 abductions since December.

“They were dumped outside the city along the Kaduna-Abuja expressway” in central Nigeria.

Jalige said he did not know if ransoms had been paid for their release.

On April 20, gunmen known locally as “bandits” stormed the university and kidnapped around 20 students, killing a member of the school’s staff in the process.

Five students were executed a few days later to force families and the government to pay a ransom.

It was the fifth such attack in around five months, and officials in Kaduna state called the executions “diabolical”, though they strongly advised parents not to pay to avoid encouraging more seizures.

Since December 2020, 730 children and students have been kidnapped.