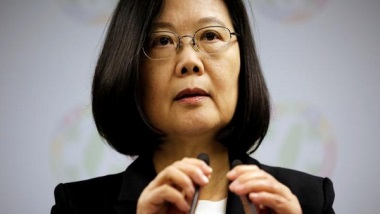 The Taiwanese government has said that China's interference has prevented Taiwan from purchasing the COVID-19 vaccines directly from Germany.

On Wednesday, Nantou County Commissioner Lin Ming-chen, a member of the Kuomintang (KMT), called on the central government to allow his county to directly purchase the Pfizer-BioNTech COVID-19 vaccine.

Taiwan is witnessing a new surge in the COVID-19 crisis. It has reported 6,091 cases and 46 deaths so far.

During a speech at an online Democratic Progressive Party (DPP) meeting, Taiwanese President Tsai Ing-wen responded to Lin's calls for direct purchases from China by pointing out that Taiwan and Germany's BioNTech were on the verge of signing a contract to purchase the vaccines, but due to interference from China, negotiations have been delayed to the present, Taiwan News reported.

She said that by the end of August, Taiwan should receive 10 million doses. Tsai pledged that the government will do its utmost to speed up deliveries of vaccines to enable more Taiwanese to receive shots by August.

Meanwhile, the US government has asked American vaccine manufacturers to prioritise Taiwan as it scrambles to inoculate its people against COVID-19 amid the country's worst outbreak.

Taiwan, which has a population of 2.36 crore, has received about 700,000 AstraZeneca vaccines via the global distribution network COVAX, with 300,000 doses administered as of May 23.