Govt to help expats get hotel accommodation in KSA for quarantine: FM 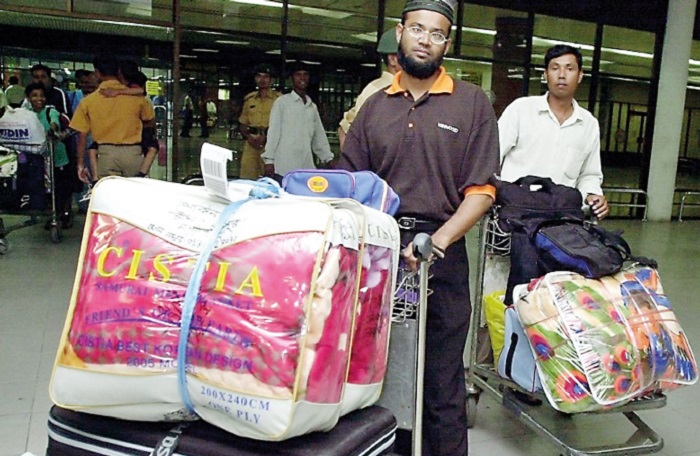 Biman Bangladesh Airlines or the Ministry of Expatriates’ Welfare and Overseas Employment will make a list of those who are going to Saudi Arabia.

“The Mission will help them get hotels, if necessary the Ministry will subsidize the costs if it's high,” he told reporters conveying that Prime Minister Sheikh Hasina has directed them to help expatriates to get hotel accommodation.

Dr Momen said there is a proposal to ensure vaccination under a special arrangement for the expatriates in the Middle East who are above 20 years old and going to countries like Saudi Arabia to avoid quarantine there. “We’ll discuss it tomorrow. We’re thinking of it. Let’s see.”

He said anybody can go for home quarantine in Saudi Arabia if he or she is vaccinated and has a Covid negative certificate.

The Foreign Minister expressed displeasure saying there are too many media reports though only 13 persons got infected with the Indian variant of coronavirus and only one person was infected with black fungus resulting in placement of Bangladesh in red list by many countries and suspension of flights.

“It should not be a big issue if there is one case (black fungus) only in the country having 17 crore people. It’s not even an issue to be reported in the media,” he said.

The Foreign Minister said there are 93 million doses of vaccine in Australia and the new Australian High Commissioner met him on Thursday.

Dr Momen said he asked the High Commissioner what they will do with the extra doses of vaccine. “It’s very unfair. You should give it to us.”

On Tuesday, President of the 75th session of the United Nations General Assembly (UNGA) Volkan Bozkir pushed for vaccines for all with its fair and equal distribution globally noting that no one is safe until all are safe.

Billions of dollars have been provided to multilateral mechanisms to procure and distribute vaccines.   And yet, he said, the fact remains that only 0.3% of all vaccines have gone to low income countries.

Australia has entered into five separate agreements to secure more than 195 million doses of COVID-19 vaccines, if they prove to be safe and effective.

Responding to a question, Dr Momen said there will be a meeting with Russia with relevant secretaries to discuss the vaccine issue the way the government proceeded with China.