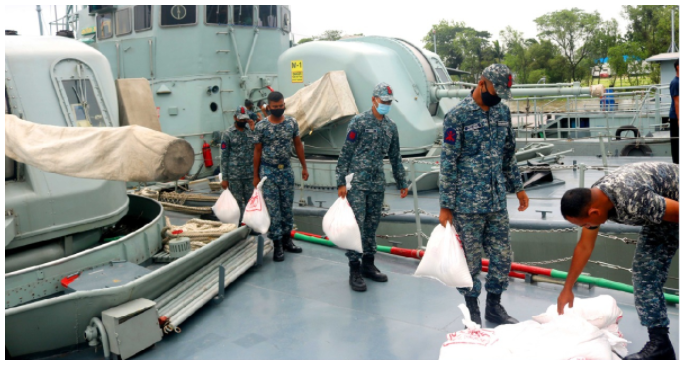 Eighteen warships, maritime patrol aircraft and helicopters of Bangladesh Navy have been kept ready to combat the effects of Cyclone Yaas.

Besides, all the Navy contingents deployed in the coastal areas are conducting precautionary campaigns in the public interest. Moreover, they have been providing overall support to the local administration to evacuate the locals from dangerous areas to safer places.

Necessary arrangements have also been made with the local administration for rendering assistance – coordinating relief, including providing additional relief under Navy's management. Navy medical teams have been kept ready to provide emergency medical assistance.

Also, preparations have been made to relocate the displaced Myanmar nationals living in Bhasan Char to a predetermined cyclone safe shelter on the island; necessary medical supplies, life jackets and one month's dry food have been stored there, too.

Navy headquarters and all the regional commands are closely monitoring the movement of the storm.

Yaas destroyed tens of thousands of houses, forcing the closure of the busiest regional airport in Kolkata city, and bringing storm surges to coastal areas after making landfall at about 9am local time Wednesday.