WW3 warning: China lashing out as Beijing put in a corner – 'They have a lot to hide!' 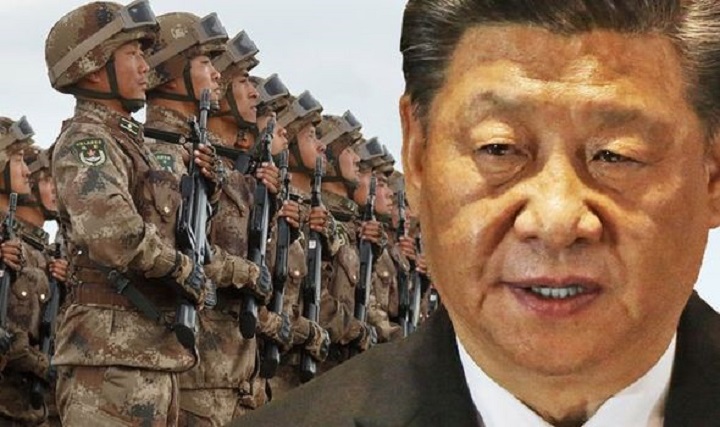 World War 3 fears have been sparked as China continues its aggression with its neighbours and foreign powers. Political expert Gordon Chang warned that China could spark a global conflict if things escalate with Australia and its allies or any of its neighbouring countries. He argued that Beijing has its back against the wall on the international stage and will in turn lash out to show it is strong.

Mr Chang said: "Anything is possible at this point, Australia is an ally with the United States.

"That is one way that war could occur.

"Right now Beijing has this really nasty spat with Canberra and it started when Australia demanded an independent investigation into the origins of Covid-19."

Mr Chang highlighted why he believes China is lashing out and causing friction between itself and other nations.

He said: "I think China has a lot to hide and because of that China went on the offence with Australia and relations have spiralled downward since then.

"This is Beijing feeling its back against the corner, it can't explain how the disease started.

"It can't defend crimes against humanity and genocide in what it calls Xinjiang.

"I think China believes the way to deal with this is to try and intimidate everyone.

"That is going to have consequences going forward."

Mr Chang went into greater detail on what could happen if China continues on this aggressive path.

He continued: "What those consequences are could be military, could be World War 3, it could be nothing.

"But this does look exceedingly dangerous right now.

"This is especially true because China is acting up at the same time Russia is with Ukraine.

"We could have simultaneous crises on the Eurasian landmass."