As Phuket gears up to reopen, bargain hunters and Chinese buyers eye property and investments 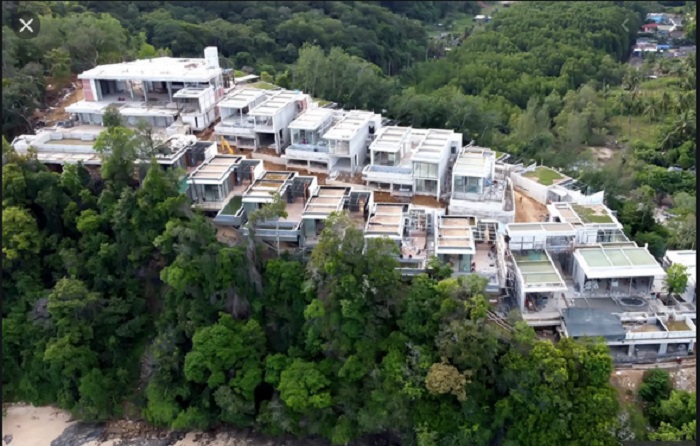 Phuket remains high on the list for property buyers on the lookout for a second home in a post-pandemic world, but local developers say it could take years before the hospitality and property sectors that largely rely on international visitors and buyers recover.

Thailand’s most famous island is gearing up to reopen on July 1, with quarantine-free entry for vaccinated travellers.

Despite record cases in the kingdom since the start of the third wave of Covid-19 in March – more than 36,000 cases were detected in April, and there were 51,000 logged during May 1-19 alone – Phuket is adamant about reviving its status as the region’s top holiday destination and is accelerating the vaccination programme for locals and tourism workers on the island.

Vachira Phuket Hospital director Chalermpong Sukontapol said 450,000 Phuket residents would be vaccinated by June, while expats living on the island would start receiving the vaccines at the end of this month.

The province has also stepped up safety measures ahead of the reopening. The Civil Aviation Authority of Thailand on Wednesday said passengers bound for Phuket must show that they have received two doses of a Covid-19 vaccine, or a negative coronavirus test 72 hours before boarding the flight. Those who arrive overland and fail to declare either of these must undergo a two-week quarantine.

The island, situated in the Andaman Sea in Thailand’s west, has experienced a year of coronavirus-induced economic setbacks, with its beaches, bars and hotels left largely vacant as tourist numbers slumped by 80 per cent last year.

But there are signs of a rebound in one of Phuket’s major sectors: property. The island has long been a destination for foreign visitors, many from Russia or other European countries, looking to buy retirement or holiday homes or invest in buy-to-let properties such as villas or condominiums.

In a report released this month, Shanghai-based property technology company Juwai noted that

Chinese buyer inquiries for Thai property increased 38 per cent in the first quarter of 2021 from a year earlier.

“This increase is exaggerated due to the free fall of a year ago, during the pandemic’s onset, but is nonetheless a welcome trend,” it said.

Nasupha Suwansri, vice-president of real estate agency IQI Phuket, a Juwai subsidiary, echoes this sentiment – partly, she said, because many properties in Phuket had to end last year with distress sales, a situation in which a proprietor has to accept a lower price.

She added that many traditional Phuket expats such as Russians or Britons had to abandon villas they had earlier purchased to let out on the island, as they had ceased to bring in revenue via holiday rentals.

Rents for a villa in Phuket usually started at 8,000 baht a night (US$254), Nasupha said, for options without an ocean view – but now they are on offer for 900 baht a night, for mostly local holidaymakers. Villas with an ocean view that used to be priced at 50,000 baht per night are now available for just 10,000 baht.

“A three to four bedroom private villa with a pool and sea view, situated on a hill on the island’s west coast – the most expensive property area – is usually priced at 120 million baht [US$3.8 million], but many of them were sold last year for 70 million baht to 80 million baht,” she said.

Nasupha said with increasing interest from , as well as Thais and expats living in Bangkok and looking to invest, the demographic of villa owners on the island would change this year.

Also up for sale are hospitality businesses on the island that had to shut their doors last year. Shuttered small and medium-sized companies such as hostels, guest houses, bars and restaurants were sought after by buyers and investors from China who were looking for businesses that had the potential to be revived within three to five years, Nasupha said.

Entering the search term “hotels for sale in Phuket” on Thai website DDproperty returns about 100 results that could be distress sales. A three-star hotel located in Phuket town was priced at 130 million baht, while a five-star resort was on sale for 3.5 billion baht. A Rawai Beach resort’s price tag was 320 million baht, and a 24-room hotel on Patong, Phuket’s most crowded beach, is on offer for 200 million baht.

“Bargain hunters are buying now. The boom starts when travel reopens. Thailand’s real estate market has been hard hit by the pandemic, but Asian buyer demand remains,” Juwai IQI Group executive chairman Georg Chmiel said. “Our data shows that Thailand is the third most popular destination for Asian cross-border buyers, and accounts for 10.6 per cent of all Asian buyer interest.”

Thailand is the third most popular destination for Asian cross-border buyers, with Australia in second place and the United States in the top spot. It is the top destination for Chinese buyers in particular, with the US and Australia ranking second and third respectively, according to Juwai.

Bill Barnett, founder of Phuket-based hospitality consultancy C9 Hotelworks, said while “a lot of value hunters in the secondary market are snapping up highly discounted properties in the past few months, our expectation is that Phuket as a foreign-dominated property and hotel market will see the start of recovery in the fourth quarter of this year and beginning of 2022”.

“We have a strong winter ‘snowbird’ market and as soon as temperatures drop in Northern Europe and Russia, we will likely see larger numbers return,” he said.

Phuket-based real estate developer Hachi Yin also said a significant number of Chinese buyers had been snapping up brand-new properties. They had been stable clients throughout the pandemic last year, he added, viewing the properties via video calls as they sought a second home in the post-pandemic world.

“A lot of overseas investors wanted to purchase a second home outside their home country just in case there’s another pandemic like this in the future, so they are able to escape or stay in another place,” said Yin, CEO of property developer Utopia Corporation on the island.

Yin said he did not expect a huge influx of buyers immediately after the July reopening, as it depended on how stable the Covid-19 situation was in other parts of the world. The feedback from his Chinese clients was that they did not want to quarantine once they returned to the mainland if they flew to Phuket in the near future, he said.

For property developers such as Yin, the pandemic is no reason to give up on the island. “As long as Phuket remains a beautiful island, with beautiful beaches and weather, it will always attract people to come here,” he said.