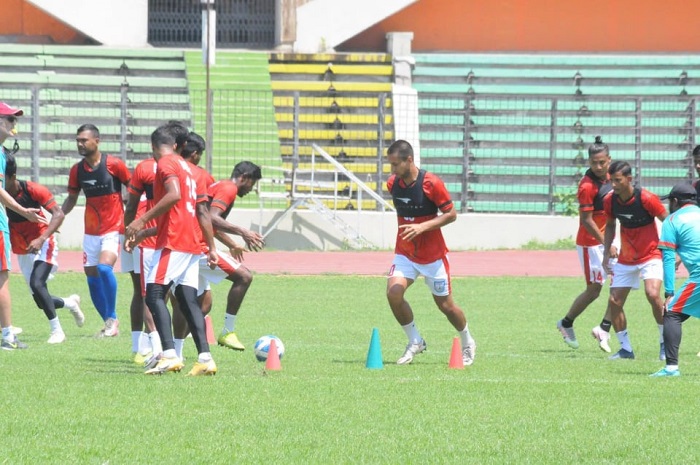 Bangladesh Football Federation is working on to arrange practice matches for the national team in Saudi Arabia as a part of their preparation.

BFF general secretary Md Abu Nayeem Shohag told The Daily Sun if the Saudi Arabia lossen the qurantine period for Bangladesh, then the team will fly on Monday.

"Saudi Arabia FA is cordial to arrange practice match for Bangladesh there. They have already confirmed one match on May 26 or 27 at Dammam. They have ensured visas and flight tickets. But the problem is 10-day quarantine there. If their government lossen the quarantine, then we may fly on Monday. They will finalize it on Sunday," said Shohag.

BFF was planning to arrange practice matches for the national team with Dhaka Abahani Ltd and Sheikh Jamal DC Ltd in Dhaka as a part of their preparations ahead of their upcoming FIFA, AFC joint qualifiers. Later, it changed the plan and started to talk with Saudi Arabia FA as per request of head coach Jamie Day.

If the Saudi Arabia lossen the quarantine period, then the team will fly on Monday and will stay there until May 30. The men in red and green will play their FIFA, AFC joint qualifiers matches against Afghanistan on June 3,  India on June 7 and Oman on June 15 in Qatar.