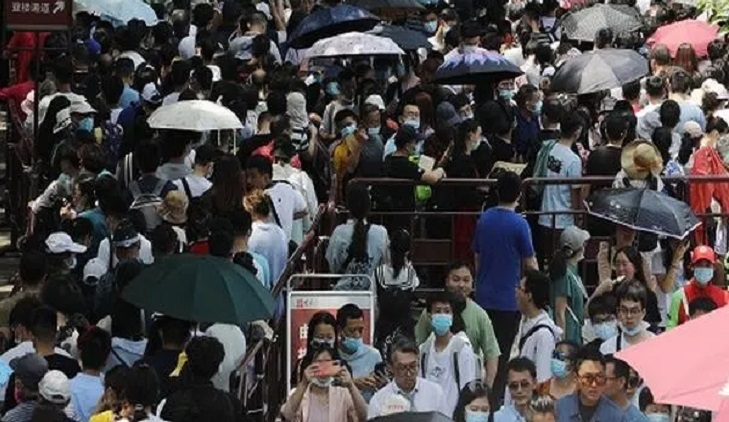 Chinese metropolises are releasing their population data after the seventh national census, and the figures show considerable variation in the age composition in major cities like Beijing and Shanghai, the Global Times reports.

According to the seventh national census, Chinese metropolises are facing a more serious problem of an aging population, with rates above the national average.

On Wednesday, the Beijing municipal government said that the city's residents aged 60 or above stood at 4.29 million, 0.9 percentage point higher than the national average. Compared with data from the sixth national population census in 2010, the number of aged people had increased by 7.1 percent, according to the Chinese state media.

China is reportedly adjusting the birth data for 2011 to 2019 after releasing its 2020 census, saying that it was based on a small sample of the total population.

China has begun revising demographic data for most of the preceding decade upward, raising concerns about the integrity of its statistics in the face of a looming population decline, reported Nikkei Asia.

This comes after suspicion over how the 2020 count of children greatly exceeded the total number of babies reported born in the years prior.

The National Bureau of Statistics is working to revise such numbers as the total population, births and the urbanization rate for 2011 to 2019, said spokesperson Fu Linghui. The number of births will go up by about 1 million per year on average, he said -- the equivalent of a 6 per cent increase for the entire nine-year period.

It further reported that sample surveys have inherent limitations, like potentially overestimating or underestimating certain data. But it would be highly unlikely for birth numbers from nine separate years to all require an upward correction.