Naypyitaw [Myanmar], May 20 (ANI): In a move that shows closeness of Myanmar's military regime with China, Tatmadaw (Myanmar military) on Tuesday reorganized three crucial committees to move ahead with plans to implement giant infrastructure projects that are a key part of China's Belt and Road Initiative (BRI).

The Irrawaddy reported that despite the political crisis caused by the junta's February 1 coup and protests against China over its suspected support for the regime, the Myanmar's military is pursuing to implement BRI-related bilateral economic development projects.

Anti-China sentiment has risen sharply in Myanmar since the junta's coup. Pro-democracy protesters have called for people to oppose all Chinese projects and to boycott Chinese products, after China and Russia blocked efforts by the United Nations Security Council to condemn the military takeover.

But with international investors shunning the military regime, China is one of the few countries willing to do business with the coup leaders and invest heavily in the country, reported The Irrawaddy.

The latest official gazettes reveal that the junta ousted all civilian government members of the China Myanmar Economic Corridor (CMEC) Joint Committee in March and replaced them with its own appointees.

The committee plays a crucial role in engaging with Beijing on the implementation of BRI-related bilateral economic development projects, including determining key projects, signing Memorandum of Understanding and conducting government to government negotiations, reported The Irrawaddy.

Beijing signed an agreement on CMEC in 2018 with the ousted National League for Democracy (NLD) government. The estimated 1,700-kilometer-long CMEC is a crucial part of the BRI and will connect Kunming, the capital of Yunnan in southwest China, with Myanmar's major economic hubs -- first to Mandalay in central Myanmar, then east to Yangon and west to the Kyaukphyu Special Economic Zone (SEZ) in Rakhine State.

The CMEC Joint Committee now includes not only key economic ministers appointed by the coup leaders, but also members of its governing State Administrative Council in the states and regions - Magwe, Mandalay, Rakhine, Yangon, Shan and Ayeyarwady - that the CMEC will pass through.

The regime has also removed the clause that encourages the participation of Myanmar people in the establishment of CEMC, one of the main functions of the committee under the NLD government, reported The Irrawaddy.

Moreover, the junta has also reorganized the members of the central committee for the implementation of the Myanmar-China Cross-Border Economic Cooperation Zones (CBECZ).

The committee is set to play a major role in drawing up implementation policies, in the management of the zones and in pushing to gear up the projects. Under the CMEC agreement, the Cross-Border Economic Cooperation Zones are planned to be constructed in Shan and Kachin states, along Myanmar's border with China, reported The Irrawaddy.

The CBECZ is one of the projects that China's President Xi Jinping has branded as a crucial pillar of the CMEC that is needed to deepen "result-oriented BRI cooperation".

Now, the junta has also restructured the working group committee of CBECZ with its own members. They will work jointly with their counterparts from China to discuss implementation of the projects on the ground, including negotiations for detailed projects, working on field investigations and drawing up the framework agreement to construct the project, The Irrawaddy reported.

During Chinese President Xi Jinping's visit to Myanmar last year, Beijing and the then NLD government agreed to speed up CMEC projects, including the Kyaukphyu SEZ, New Yangon City in Myanmar's commercial capital and CBECZ in Shan and Kachin states.

The Kyaukphyu deep seaport is a planned trade hub that would give China direct access to the Indian Ocean and allow its oil imports to bypass the Strait of Malacca, between peninsular Malaysia and the Indonesian island of Sumatra.

The multi-billion-dollar New Yangon City project is also part of the CMEC plan, although the NLD government decided to reduce the size and cost of the scheme's first phase.

In April, a report by the UK-based think tank Chatham House warned that China's refusal to condemn the military regime endangers its interests in Myanmar as anti-Chinese sentiment grows, despite the junta's efforts to implement the BRI projects, reported The Irrawaddy.

Senior research fellow Dr Gareth Price said "China's 'laissez-faire' attitude so far puts them under threat, as some Chinese factories have been burned down and protesters have threatened to blow up pipelines."

Beijing has called for dialogue to resolve the political crisis in Myanmar, while labelling the coup "an internal affair" and saying that the international community should not interfere.

China has also failed to demonstrate sympathy towards the innocent civilians killed by the regime's security forces during their deadly crackdowns, prompting many Myanmar people to believe that Beijing is supporting the junta. (ANI) 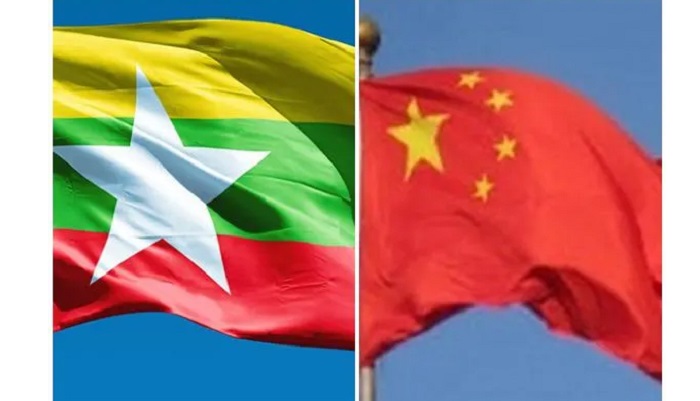