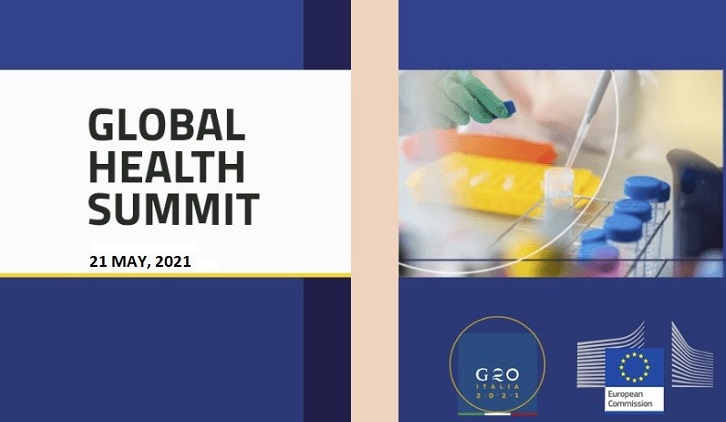 G20 leaders, the European Union and global institutions gather Friday for a virtual summit on how to recover from the coronavirus pandemic -- and crucially, how to prevent it happening again.

The EU is expected to announce a new initiative to support local manufacturing in Africa as the leaders emphasise the importance of scaling up vaccination efforts, including through the Covax vaccine-sharing programme.

But the final declaration is not expected to endorse the contentious idea of a temporary global waiver on patent protections for coronavirus vaccines.

The leaders will also agree a set of guidelines on how to prevent a repeat of the crisis, from investing in global healthcare systems to better exchange of data and improved surveillance of human and animal diseases, EU and Italian officials said.

Italian Prime Minister Mario Draghi, whose country holds the G20 presidency, and EU Commission chief Ursula von der Leyen are meeting in Rome for the summit while other participants such as Bill Gates will join via video conference.

Both Brussels and Rome emphasised the diverse cast -- from Brazil and India, to the United States, Turkey, China, Russia and Singapore -- as proof that the world can come together to deal with Covid-19.

The global pandemic has killed over 3.4 million people worldwide since the virus first emerged in late 2019, according to an AFP compilation of official data.

But the range of opinions means a compromise on patents, with what one official called a "balanced message" on the need to work within existing World Trade Organization protections on Covid-19 vaccines.

Instead, the leaders will advocate the use of other tools such as voluntary licensing agreements and technology transfers.

India and South Africa have for months led calls to temporarily remove the intellectual property protections on vaccines to boost production, a position recently backed by Washington but which has met with scepticism in Brussels.

Some 20 heads of state and government and 12 international organisations, including the World Health Organization (WHO), African Union, WTO and World Bank, are taking part in the summit.

The leaders are expected to emphasise their support for the WHO's Access to Covid Tools (ACT) Accelerator, which aims to help develop and ensure access to vaccines, medicines and tests against Covid-19 and strengthen healthcare systems, although it was not clear if there would be any funding commitments.

While highlighting the need to boost vaccine manufacturing capacity, the final declaration is expected to note the need to avoid supply bottlenecks and avoid any further ban on exports.