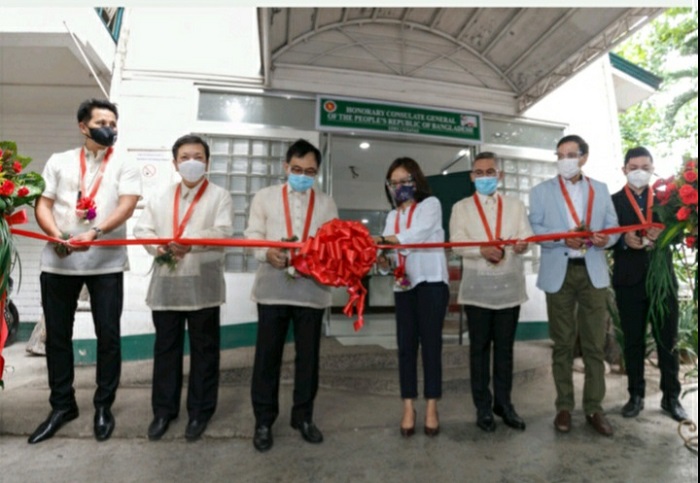 The government of Bangladesh has appointed Virgilio BG Espeleto as the Honorary Consul General of Bangladesh for the Visayas region in the Philippines.

The inauguration reception of the Honorary Consulate General was arranged on May 18 at hotel Marco Polo in Cebu and was attended by Cebu’s Deputy Mayor, Presidential Assistant for the Visayas, President of Cebu Chamber of Commerce and diplomatic and consular representatives from Cebu.

Ambassador Nathaniel G. Imperial, Assistant Secretary for Asia and Pacific Affairs, Ambassador. Vicente Vivencio Bandillo, Chief of Protocol from the Filipino Foreign Ministry and Bangladesh Ambassador Asad Alam Siam joined the inauguration programme virtually. They all congratulated the new Honorary Consul General and hoped that his office would help to widen the bilateral cooperation in the Visayas region.

Espeleta, former President of the Cebu Chamber of Commerce & Industries, is a franchise expert and heads his own consulting firm, which turns around and transform, family owned businesses into corporate or franchise structures.

In his long career, he worked for different local conglomerates including San Miguel. A graduate in Chemical Engineering and postgraduate in Business Studies, he also teaches in the Asian Institute of Management (AIM) as an adjunct professor and mentors in Philippines Centre for entrepreneurship.