Twin brothers, both techies, die of Covid together after 24th birthday 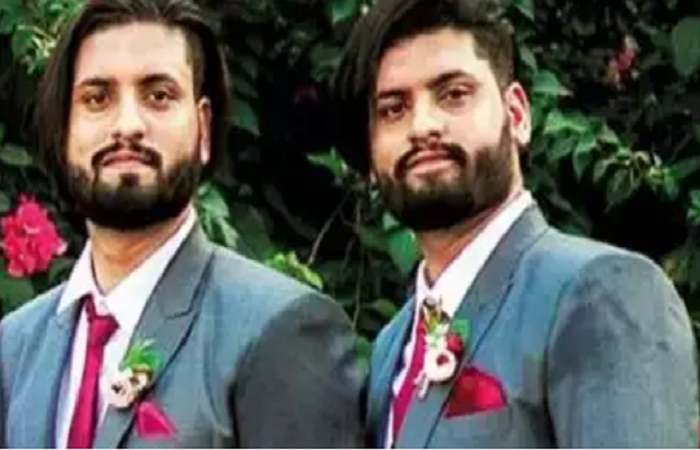 Joefred and Ralphred Gregory were born on April 23, 1997. The identical twins celebrated their 24th birthday this April and both caught Covid a day later. They died last week in a hospital in Meerut in Uttar Pradesh, just hours apart.
On May 13, their parents Gregory Raymond and Soja Raphael, both school teachers in Meerut, learnt from the private Anand hospital that Joefred had died of Covid. Their world collapsed around them.

Ralphred, in the same hospital, called to wish his older brother Nelfred on his birthday and asked his mother about his twin. He was told Joefred had to be moved to a hospital in Delhi. "Ma, you are lying," he said weakly, according to the Times of India. He died the next day.

The death of the twins is among the most crushing stories so far in India's fierce Covid second wave that has seen many dying from oxygen shortage.
The brothers, born three minutes apart, did most things together and even dressed similar. Both 6 feet tall, they went to college together and completed their B Tech in Coimbatore. Joefred worked in Accenture and Ralphred worked with Hyundai Mubis Company. They had plans to go abroad. "They were very good. The entire family is good. And all three brothers loved each other. Nelfred is devastated," said Sumit, a neighbor who grew up with the brothers.

According to the Express, Joefred had been staying in Meerut, working from home, and Ralphred had come on leave from his Hyderabad office due to an arm injury. They have an older brother.

The twins developed fever just after their birthday. For days, the family treated them at home, bought an oxymetre and gave them medication. As their condition worsened, they were admitted to hospital on May 1.

On May 10, both tested negative for Covid and the family was overjoyed. "Three days later, our world came crashing... When Joefred died, I had a sixth sense that Ralphred would not make it. Simply because they were inseparable," Mr Raphael told the Indian Express.

"Our family is broken. Covid took away my sons who had never harmed anyone in their entire lives," Mr Raphael said.

The parents are shattered. "Their father is broken and very unwell and their mother has somehow kept herself strong for his sake," Sumit told NDTV.