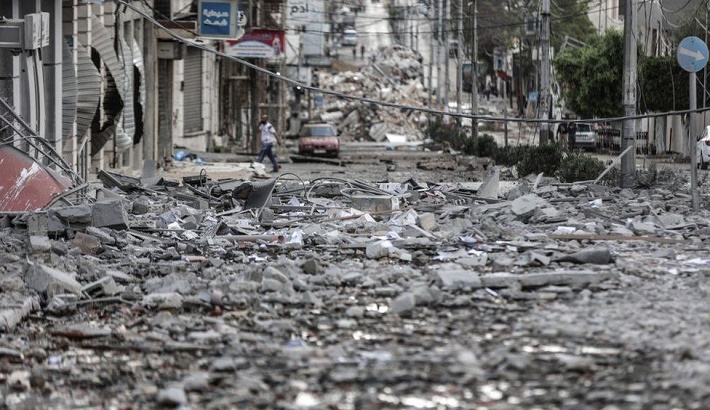 US President Joe Biden has voiced his support for a ceasefire after eight days of violence between Israel and Palestinian militants in Gaza.

Biden told Israeli Prime Minister Benjamin Netanyahu that the US was working with Egypt and other countries on halting hostilities.

But the US again blocked a UN Security Council statement calling for a cessation of violence.

The conflict is now in its second week with little sign of ending.

Israel says most of those killed in Gaza are militants and that any civilian deaths are unintentional.

According to a White House statement, Mr Biden "encouraged Israel to make every effort to ensure the protection of innocent civilians". Joe Biden is a traditional pro-Israel Democrat.

Israel continued to pummel Gaza with air strikes on Monday and Palestinian militants launched rockets at Israeli cities. Israeli leaders have also, again, vowed to keep up their campaign.