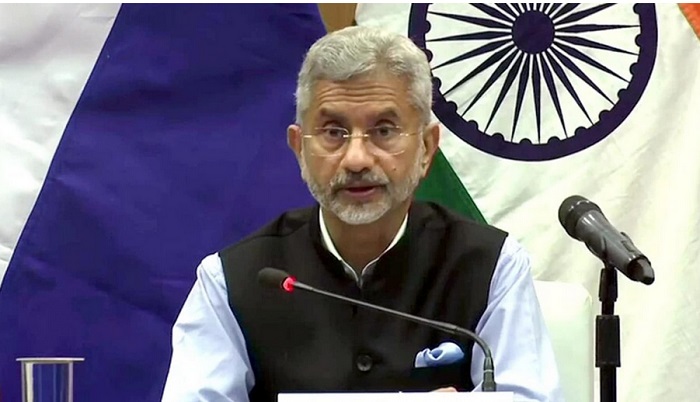 Pakistan’s role in backing the Taliban and meddling in Afghanistan was criticised on Friday by external affairs minister S Jaishankar and Afghan national security adviser Hamdullah Mohib, who said democratic and constitutional structures created in the war-torn country must be preserved.

Without naming Pakistan, both Jaishankar and Mohib referred to the negative role of a “neighbour” of Afghanistan, while participating in a virtual discussion at the Raisina Dialogue. However, their remarks left no one in doubt as to which country they were talking about.

Iranian foreign minister Javad Zarif, who also participated in the discussion, was more circumspect but urged the Taliban to join negotiations aimed at ensuring a peaceful and stable Afghanistan.

Jaishankar noted that thousands of foreign fighters are still in Afghanistan, and said all stakeholders should buy into a fair and broad-based process aimed at ensuring lasting peace. The resolution in Afghanistan must be supported by all its neighbours and cannot be based solely on “the wishes of the most forceful set of people in that society”, he said.

He said everything alleged about the Taliban’s links with a neighbouring country had “become a clear reality” over the past 18 months following the visit of Taliban leaders to their injured fighters and their public discussions.

“Any further push would mean that there is direct involvement in Afghanistan by a neighbour, which could be very dangerous. The nationalistic forces in Afghanistan are very upset and angry over this and if this limit is passed, I think there would be huge problems for the said neighbour, in their country by all Afghans who are there and from within Afghanistan,” Mohib said. “There could be a huge blowback effect that I think could be destructive for these neighbours,” he added.

The discussion was held against the backdrop of US President Joe Biden’s announcement about the withdrawal of all American forces from Afghanistan by September.

Jaishankar dismissed Pakistan’s narrative about being encircled by India and any India-friendly government in Kabul, saying New Delhi’s actions were only aimed at creating power infrastructure, dams, health clinics, and roads. “This is actually an absolute fantasy that somewhere our very presence and our activities there are aimed at Pakistan,” he said.

Mohib pointed to the coordination between the Indian and Afghan governments, saying he had spoken to NSA Ajit Doval on Friday morning to assess the situation and to prepare for the dialogue with the Taliban.

The Taliban have said they won’t attend a meeting in Turkey this month to decide on Afghanistan’s future until all foreign forces leave the country. Taliban leaders have also spoken of their plans to restore the Islamic emirate they had created in the 1990s.

Jaishankar, Mohib and Zarif ruled out the possibility of taking Afghanistan back to the era of the Taliban’s emirate. All three leaders acknowledged that the existing system in Afghanistan wasn’t perfect but said it was preferable to the Taliban’s plans to impose an Islamic system.

“The Taliban have no reason to continue their violence in Afghanistan anymore…It’s time for them to make real peace with the Afghan government and become part of the mainstream political society,” Mohib said. “We cannot create a vacuum, Taliban should not be asking for a vacuum. Taliban should start negotiating now with the government and people of Afghanistan, with various groups in Afghanistan,” Zarif said, adding a vacuum would draw in “fighting, violence and a civil war”.