Indian Covid variant: How much faster does it spread? 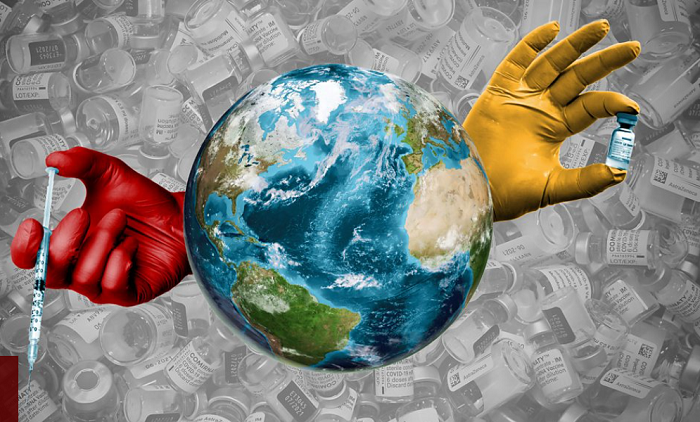 After months of good news, including falling Covid cases and a hugely successful vaccination campaign, the tone has shifted.

England's full relaxation of rules in June is in jeopardy and there is the looming spectre of greater pressure on the NHS.

The thorn in the plans is the variant of coronavirus that emerged in India - B.1.617.2 - and has started spreading around the world.

Concerns have been mounting over the past week and, for the first time, the scientists advising the UK government are now confident it does spread more easily.

The expectation is the variant will edge out the one that emerged in Kent and eventually "dominate" cases in the UK.

We are in a race between the virus and the vaccine. Easing restrictions on Monday and a more transmissible variant means the virus will move even faster.

But there is still huge uncertainty about exactly how much better the B.1.617.2 variant is at spreading.

"That's a really critical question to which we do not yet have the answer," said Prof Chris Whitty.

If it is just a smidge faster than the Kent variant, which still makes up the overwhelming majority of cases in the UK, then there's not much to worry about.

However, the government's scientific advisory group for emergencies (Sage) says there is a "realistic possibility" it could spread 50% faster, which is a lot.

There are some higher estimates of 60% coming out of India, but these are based on published genetic sequences from viral samples and its not clear how representative of the overall picture they are.

Sage estimates the problems would really start with a variant that was 40% more transmissible as it "would lead to a substantial resurgence of hospitalisations" and put pressure on the NHS.

The uncertainty is reminiscent of last year when the new variant in Kent was first detected and raised questions about the approach to controlling the virus.

But it is important to remember we are not in the same situation as last year.
More than 19 million people - a third of the adult population - have had both jabs of their vaccine. Another 17 million have had one. Vaccines are weakening, if not eliminating, the link between infection and severe disease.

And overall cases are also far lower. The Office for National Statistics estimates fewer than 50,000 people currently have the virus. The figure was 1.25 million at the start of the year. Currently there are only around 1,000 people in hospital with Covid.

The concern is that while vaccines are great they are not perfect and not everyone who is vulnerable has had one. So if there was another wave of cases from the combination of relaxing and a new variant then a worrying number of people could still end up in hospital.

Note these predictions are not crystal balls. Earlier mathematical models had predicted a summer wave, but suddenly became far more optimistic once it became clear vaccinated people were less likely to spread the virus.

'Hard choices'
Plans to reopen are going ahead, but the vaccination campaign is being tweaked to give more vulnerable people more immunity more quickly.

The hope is if the variant is going to pose a problem then there will be time to spot any further warning signs - such as a rise in hospital admissions - and then act.

The prime minister, Boris Johnson, said that if the Indian variant proves to be "significantly more transmissible" than other strains then "we're likely to face some hard choices" in the UK.

But the problem posed by more transmissible variants is far greater in countries that haven't got successful vaccination programmes, where they could be hugely damaging.