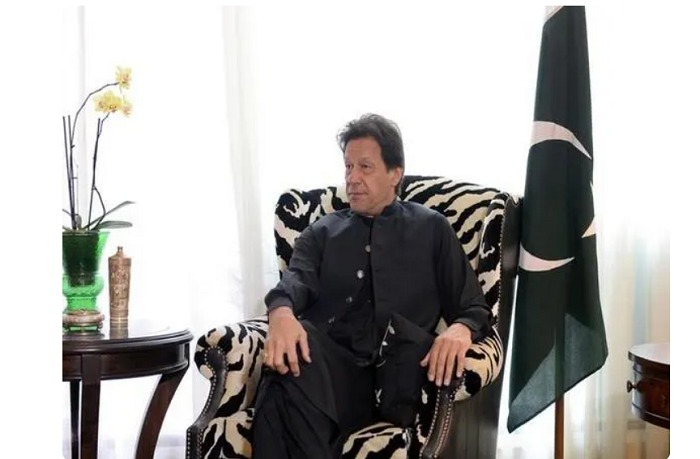 Khan on Wednesday rebuked his diplomats while addressing his envoys posted around the world virtually, for their failure to serve overseas Pakistanis and bring in investment into the country, Dawn reported.

"We cannot continue like this. The way our embassies are running, this could work in an old colonial system but not in today's Pakistan. Embassies' foremost work is to service the diaspora and then they should work to bring investment into the country that is going through very bad financial conditions right now," the Pakistan PM said, noting that Indian embassies abroad were "very proactive" in bringing investment to India as compared to Pakistan.

The premier urged the diplomats to give preferential treatment to those who have not seen their families for six to eight months and are working abroad, The Express Tribune reported.

"They spend hefty amount but there is a lack of compassion from your end... serve them properly... they are the force this country is running on," he added.

He said that Pakistanis living in the United Arab Emirates (UAE) and Saudi Arabia give the highest remittances and both embassies showed indifferent attitudes towards them.

"I called you today to tell you that you need to change your attitude... Shah Ji (Foreign Minister Shah Mahmood Qureshi] you must oversee it or have someone to look into it... we have received floods of complaints that your response is dissatisfactory," he warned.

This follows the government's decision to recall their ambassador and six other officers over complaints by the Pakistani labour community in the kingdom.


Foreign Minister Shah Mahmood Qureshi on Thursday held a meeting for more than two hours with senior officials at the Foreign Office after they expressed reservations over the premier's public criticism, reported The Express Tribune citing sources.

"I can tell you the PM's remarks have demoralised the entire foreign service... It appears the prime minister was not properly briefed about the working of the foreign service," a Foreign Office official said.

One diplomatic source also said the prime minister was oversimplifying the role of foreign missions.

"But foreign missions alone cannot do anything. I wrote many letters to different ministries for arranging meetings with private companies but I never get a response from those ministries," said another diplomat posted in an EU country.

Meanwhile, taking to Twitter, former foreign secretary Tehmina Janjua said that she was "deeply dismayed at the unwarranted criticism of the foreign ministry," adding that there seemed to be a woefully inadequate understanding of embassies' consular work, the acute resource constraints and the role of departments.

"Officers displaying colonial mindset? Far from it. Only during Covid, officers volunteered to be with the community in Wuhan, embassies looked after stranded Pakistanis, distributed food. Systemic issues need to be addressed for quality consular services. Cannot be done through tweets," she added.

"What is needed now is a renewal of diplomatic capacity, resources, appreciation and an effort that balances ambition with limits of the possible at a moment of growing difficulties at home and abroad," Jilani added.

The Express Tribune has learnt that many serving diplomats approached the retired foreign secretaries and ambassadors to convey their resentment since they could not go to the public.

Senator Sherry Rehman said that the Pakistani Foreign Service is in no position to generate trade on its own.

Last Thursday, the Foreign Office's statement had said the six officers, who were issued recall orders. worked in the diplomatic, community welfare, and consular wings of the embassy.

The statement added that Imran Khan had tasked the Prime Minister's Inspection Commission to inquire into the matter and submit its report within 15 days.