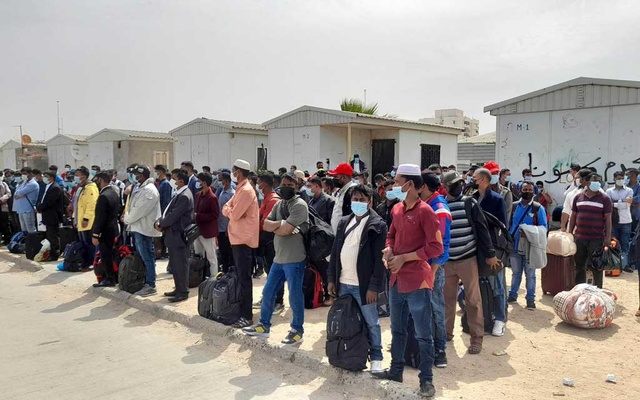 A total of 160 Bangladeshis, who were stranded in Libya due to the coronavirus pandemic and long-standing conflicts, retuned to Dhaka on Wednesday morning with the help of International Organization of Migration (IOM).

A special flight of Buraq Air carrying the workers reached Shahjalal International Airport on Wednesday morning, the foreign ministry said in a notice.

Earlier, they left for Dhaka from the Benghazi airport on Tuesday.

The workers were stuck in the country’s eastern cities, including Libya's second-largest city, Benghazi.

The flight also carried the dead body of a Bangladeshi, it said.

Following their arrival, Bangladesh government has taken all necessary measures including their medical check-up.

All of them have returned home voluntarily. Among them, nine were locked in a Libyan detention centre for being ill and seven others were detained for contracting the hepatitis B virus.

Most of the returnees had been working in Libya for seven to eight years. They were waiting to return to Bangladesh due to unrest, job crisis and currency devaluation in Libya.

Since there was no international fight from Libya, they could not return to the country.

A total of 1,379 migrants have so far flown home from Libya via nine chartered flights.

The foreign ministry said it was the ninth flight to bring back workers stranded in Libya. A total of 1,379 people have been brought back on these flights so far.