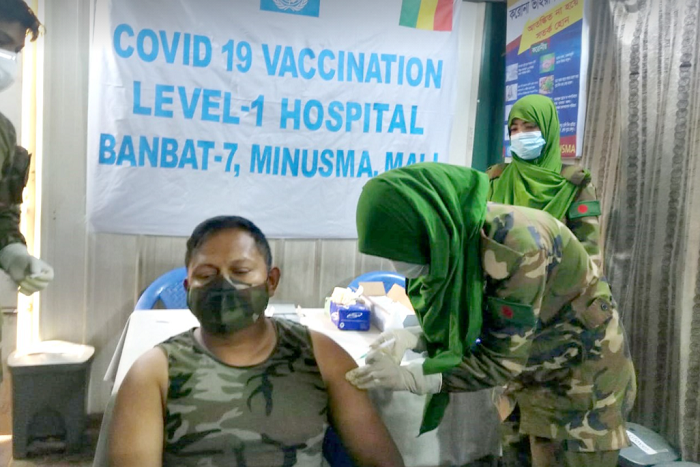 After the invention of Covid-19 vaccine, the distribution of vaccine started in Bangladesh as well as in other countries of the world.

Following this, vaccinations were also given to the members of the army and the UN headquarters was contacted to provide vaccines to the Bangladeshi peacekeepers engaged in UN peacekeeping missions in different countries.

During a recent visit to the United States, Chief of Army Staff General Aziz Ahmed, exchanged views with senior officials at the UN Headquarters on the importance of providing vaccines to peacekeepers deployed in peacekeeping missions.

He requested the Bangladeshi peacekeepers to be vaccinated in the UN-supervised mission area. At the same time, he assured that before the deployment of new peacekeepers from the country, the army personnel would be vaccinated and deployed.

Bangladesh is the first country among the countries sending peacekeepers since March 2021, during the replacement of contingents deployed in the DR Congo vaccine was provided to military personnel and deployed them to the mission area.

Most recently, similar vaccines (AstraZeneca) used in Bangladesh have been provided to Bangladeshi peacekeepers in the mission area under the auspices of the United Nations.

It may be mentioned that at present a total of 6885 Bangladeshi peacekeepers including 5308 army personnel are deployed in 8 missions under United Nations.