China would find change in policy toward Taiwan 'deeply destabilising': US 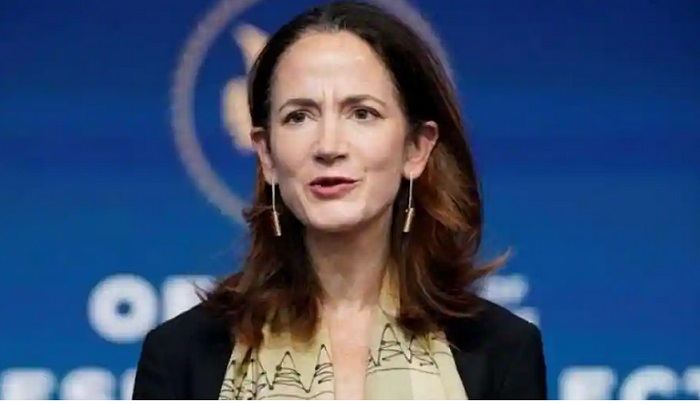 Beijing would find it "deeply destabilising" if the United States were to explicitly state it would come to Taiwan`s defence in the event of a Chinese invasion, the Biden administration`s spy chief said on Thursday.

"From our perspective, if we were to see a US shift from strategic ambiguity, as you`ve identified it, to clarity over a willingness to intervene in a Taiwan contingency, the Chinese would find this deeply destabilizing," Director of National Intelligence Avril Haines told the Senate Armed Services Committee, as quoted by The Hill.

"I think it would solidify Chinese perceptions that the US is bent on constraining China`s rise, including through military force, and would probably cause Beijing to aggressively undermine U.S. interests worldwide," she added.

From Taipei`s perspective, Haines said, it`s "possible" a US change from "strategic ambiguity" could lead to more Taiwanese movement toward independence." I would say that already Taiwan is hardening to some extent towards independence as they`re watching, essentially, what happened in Hong Kong, and I think that is an increasing challenge," she added.

The director`s comments at the committee's annual worldwide threats hearing come after the outgoing top U.S. military officer for the region suggested it`s time to rethink U.S. policy toward Taiwan.

The Hill reported that under the decades-old policy, the United States maintains "strategic ambiguity" toward Taiwan where it does not explicitly say it would come to the island`s defence in a conflict with China. The policy is aimed at both avoiding, provoking Beijing and not emboldening Taiwan into formally declaring independence, which could lead to a Chinese invasion.

When Asked about the strategic ambiguity policy at a Senate Armed Services hearing last month, U.S. Indo-Pacific Command (Indo-Pacom) chief Adm. Philip Davidson said that while the current policy has "helped keep Taiwan in its current status," he believes "these things should be reconsidered routinely."Defense Intelligence Agency Director Lt. Gen. Scott Berrier, while testifying alongside Haines, said Chinese President Xi Jinping has a goal to "unify Taiwan with China."We don't know that he`s decided on how or when to do that," Berrier added, but noted there has been "an increase in [Chinese military] activity on the sea and the airspace around Taiwan over the last year." This comes as China said its military activities in the Taiwan Strait were targeted at "separatists" in Taiwan and "external forces".

[We] have made full preparation in addressing the separatist activities of Taiwan independence and the interference of external forces," South China Morning Post quoted Chinese defence ministry spokesman Wu Qian, as saying. Early this month, in their first in-person meeting at the White House, Japanese Prime Minister Yoshihide Suga and US President Joe Biden said in their joint statement that they "underscore the importance of peace and stability across the Taiwan Strait" and "encourage the peaceful resolution of cross-strait issues."

Beijing, on the other hand, reacted sharply to the statement and expressed firm opposition to Washington and Tokyo's demand for a 'stable' Taiwan strait.

China has been increasing its maritime activities in both the South China Sea and the East China Sea over the past few months, partly in response to Beijing`s concerns over the increasing US military presence in the region because of escalating Sino-US tensions.

Beijing claims full sovereignty over Taiwan, a democracy of almost 24 million people located off the southeastern coast of mainland China, although the two sides have been governed separately for more than seven decades.

Taipei, on the other hand, has countered the Chinese aggression by increasing strategic ties with democracies including the US, which has been repeatedly opposed by Beijing.